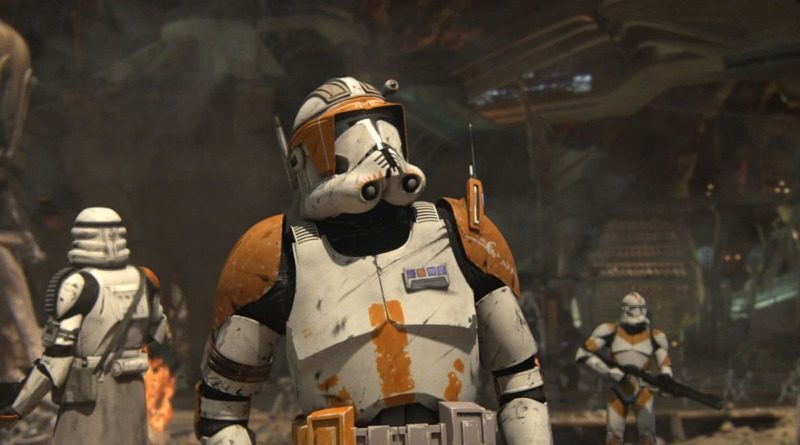 The LEGO Star Wars UCS Republic Gunship is reportedly on the way this summer, so Brick Fanatics has come up with a list of potential minifigures that might be included – from Commander Cody to Bultar Swan.

In February 2020, LEGO Ideas users decreed by way of an online poll that the Republic Gunship would become a future LEGO Star Wars Ultimate Collector Series set, fending off stiff competition from the TIE Bomber and Nebulon-B Frigate. (Okay, maybe not that stiff.)

We’re still waiting for that set to materialise, but rumour has it that our patience is about to pay off: the first prequel trilogy UCS set in more than a decade is apparently on the way later this year. While we count down these last few months to the eventual official announcement, we’ve been thinking about which minifigures a UCS Republic Gunship ought to include, should any at all make the cut.

And then we’ve judged their likelihood of actually being included, based mostly on the completely random character choices that often follow much-requested LEGO Star Wars sets.

Cast your mind back to the first time we saw the Republic Gunship in Star Wars: Attack of the Clones, as it swooped into the Geonosian Arena and rescued our doomed heroes. Who were the three most prominent protagonists aboard the ship then? Anakin Skywalker, Obi-Wan Kenobi and Padmé Amidala.

The LEGO Group got it right in 2013 with 75021 Republic Gunship, which included all three characters (although we don’t remember Obi-Wan in the cockpit in the movie…). If any named non-clone characters are included in the UCS version, it makes perfect sense that they’d be the ones most prominently seen aboard a Gunship on-screen. So, you can probably count these three out.

A Clone Gunship needs Clone Troopers to fill it. That’s if the upcoming UCS set is minifigure-scale, of course, which seems doubtful given the existing versions already come in at the more expensive end of the LEGO Group’s portfolio (and any UCS set would therefore need to go even bigger). But every recent UCS Star Wars ship has included – at a bare minimum – a pilot to place on its display base, along with an astromech droid where relevant.

By that logic, we could (and should) see at least one Clone Pilot – preferably with a new, more accurate helmet mould – and ideally at least one regular Clone Trooper. If any two minifigures make sense to sit on a UCS Republic Gunship display stand, it’s those – but we certainly wouldn’t say no to a full complement of pilots for its many cockpit seats and turrets. Of course, the LEGO Group won’t say yes, either.

It almost seems inevitable that the same rinse-and-repeat process will occur again with the UCS Republic Gunship, but given so many fans apparently requested it in the write-in box on the original poll (just check out the comments under any MandRproductions LEGO Star Wars video for the proof), you never know – the LEGO Group might come through. (Okay, let’s face it, we do know.)

A legendary character in LEGO Star Wars history, Jedi Bob – as christened by the community, rather than the LEGO Group itself – popped up in 7163 Republic Gunship in 2002, looking way too happy for a guy who’s just come from ground zero of a galaxy-spanning war.

Still, we can’t help but love old Bob, and we’d therefore love to see him updated for the UCS Republic Gunship, some 19 years since his first appearance in the same ship. It’d be a brilliant nod to the prequel trilogy kids who grew up with those original Attack of the Clones sets, and are likely largely responsible for the Gunship winning the fan vote in the first place, to the point that the LEGO Group would be crazy not to do it. And that’s exactly why it won’t happen.

There were dozens of Jedi on Geonosis, so why not take the opportunity to give us a random, barely-glimpsed Jedi with a name you’d only find in the darkest recesses of Wookieepedia? The LEGO Group has form for it – had you ever heard of Coleman Trebor before 75019 AT-TE launched in 2013? – and a set targeted primarily at the adult audience doesn’t really need to worry about generic key characters.

How about Sora Bulq? Roth-Del Masona? Bultar Swan? (We promise we aren’t just making these names up.) Or, you know, the LEGO Group could just give us another Mace Windu…