In an interview, Disney CEO Bob Iger has announced that there will be a “slowdown” in the release of Star Wars films. That might be no bad thing.

2007 was a very good year to be a Star Wars collector. It was 30 years since A New Hope arrived on cinema screens with no such subtitle and no episode number. To celebrate, Lucasfilm designed a logo to adorn the many collectible products that year. Hasbro released an incredible range of action figures with commemorative coins while the LEGO Group offered a range of sets from across the six film saga including never before released vehicles – with Ultimate Collector’s Series 10179 Millennium Falcon as a special treat.

Fast forward to 2015, and everything felt a little… off. Fans were not even supposed to see the new products until September 4, dubbed Force Friday, when the merchandise went on sale. When eager Force fanatics turned up to stock up on the new goodies, half of the expected products were unavailable and there were limited supplies of the most popular lines such a action figures. Thankfully, the LEGO Group did not have this problem – the problem with the brick range was that the designs were somewhat dull, albeit broadly movie accurate. 75105 Millennium Falcon was the best-seller of the range, despite being almost unchanged from its previous release.

After Revenge of the Sith was released in 2005 and merchandise sales were a huge success, following the well documented problems that over production of Star Wars toys caused in 1999, licensees and retailers breathed a sigh of relief. More than that, it was realised that with the right balance of nostalgia and freshness, Star Wars could be an “evergreen” property. Previously, the LEGO Group had believed that Star Wars could only succeed in “movie years” – sales of sets in 2006 and 2007 disproved that theory. Fans would always want new products – as long as they were the right products. 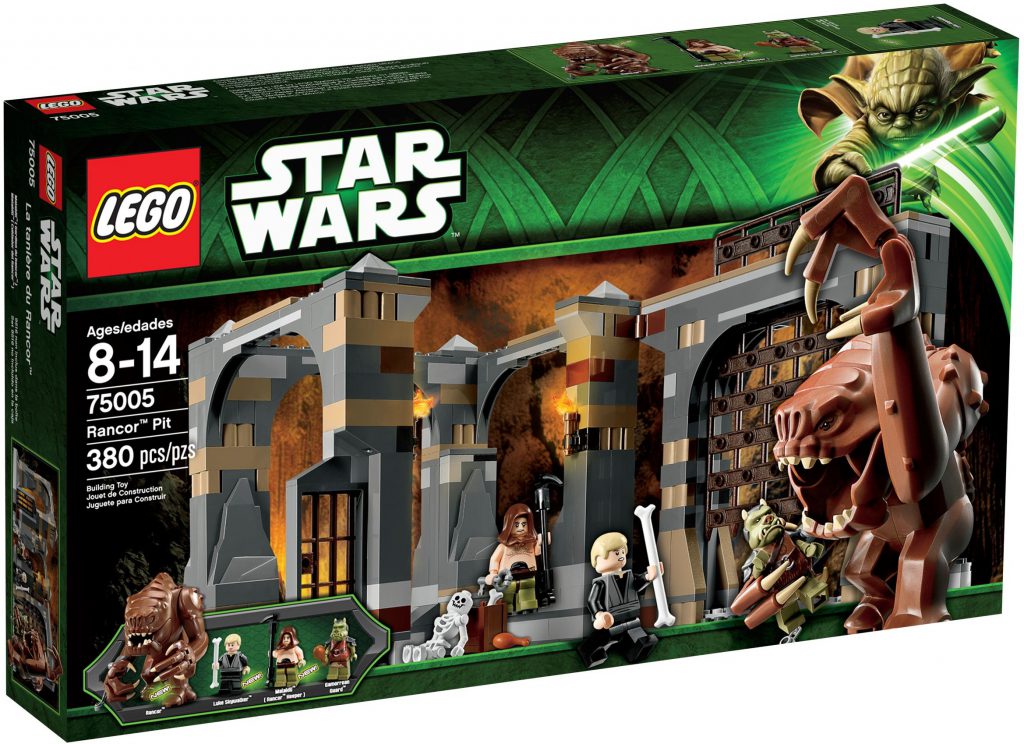 So what had gone wrong by 2015? It is safe to say that the Disney acquisition of Lucasfilm did not cause all of the problems with toy sales. Lucasfilm released The Phantom Menace in 3D in 2012, right around the time that the very, very brief honeymoon that audiences and 3D cinema enjoyed had worn off. Despite success for The Lion King when it was re-released in 2011, The Phantom Menace did not pull in impressive numbers, and the tie-in merchandise sales reflected that. Lots and lots of action figures languished on shelves – the LEGO Group had the sense to include a few sets based on the film, but stick to a solid mix.

When Lucasfilm then became part of the Disney machine, the 3D releases for the remaining five films were shelved. Attack of the Clones and Revenge of the Sith were due to open in 2013, with merchandising plans already in place – the reason the LEGO boxes for the first half of the year feature Yoda, and the second half feature Darth Vader with a lava inspired backdrop, is because of the two intended theatrical releases.

So toys were on the shelves with no supporting content. There was no mix, except for in the LEGO range. The reason that the construction toys have fared so well for Star Wars is that no matter what direction was given to other manufacturers – 2013 for 3D prequel toys, 2014 for back to basic A New Hope toys – the LEGO Group has continued to offer a mix of products from across the saga.

But surely, when a new Star Wars movie comes out, as has been the case for the last five years, who wants old stuff? Surely fans want the toys based on the exciting, new movies that they are enjoying? Apparently not. Some of the best-selling LEGO sets between 2016 and today include 75137 Carbon Freezing Chamber, 75183 Darth Vader Transformation and 75208 Yoda’s Hut. 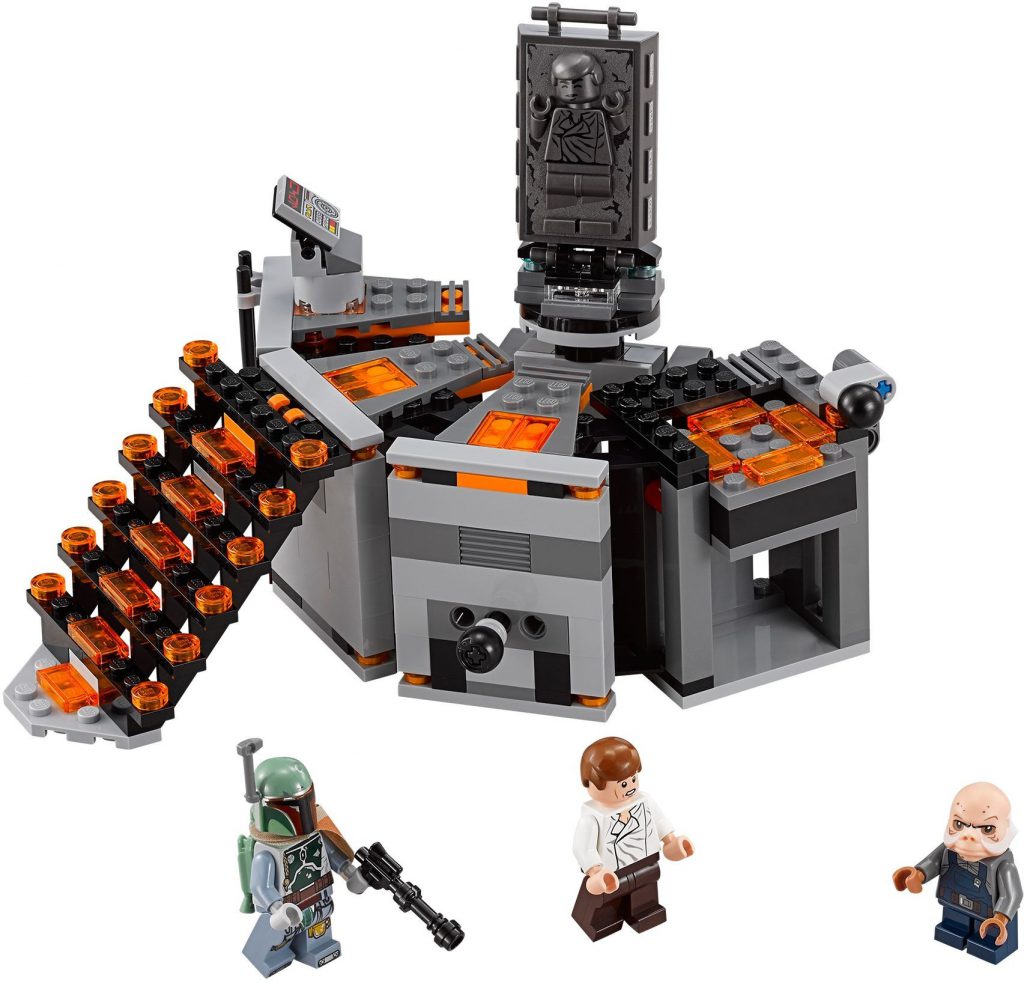 It is because fans have a connection to the material. Those classic, iconic scenes and vehicles lovingly recreated in LEGO form hold appeal for fans of all ages. Why do they resonate more than the scenes and vehicles in the new films? The obvious answer is in the age of the films – yet Star Wars merchandise was not under performing when The Phantom Menace, Revenge of the Sith or The Clone Wars films were released, despite being very much focused on the new releases. While over production was an issue for Episode I, a lack of sales was not.

The reason that collectors gobbled up the likes of 7259 ARC-170 Fighter and 7261 Clone Turbo Tank when those sets were released is because they had spent three years anticipating a new Star Wars movie. They had time to follow the story of the production, to see the images from the set, to consider the possibilities. The movie production team had time to come up with fresh, innovative designs that fit into the universe to surprise and delight fans. What’s more, having time to savour the film and re-watch it means that into 2006, 2007 and beyond, collectors were still keen to buy sets based on Revenge of the Sith.

While Star Wars toy sales drastically increased in 2015, there was a sharp drop in 2016, with even more disappointing sales in 2017 until many retailers chose not to support the franchise at all in 2018. It has been a case of diminishing returns since The Force Awakens was released, with the promise that Disney would reach new markets and consumers, hitherto untapped by the Lucasfilm machine.

An excessive degree of secrecy does not help, with some toy designers talking about sketching what they see during on-set visits to recreate later. Back in the days of the classic trilogy and the prequel trilogy, product designers would receive concept art. Because key scenes are kept from the toy teams, the most desirable products are not available with the movie’s launch. In 2005, 7251 Darth Vader Transformation and 7257 Ultimate Lightsaber Duel were exciting sets. In 2017, there were no equivalent sets based on Rey and Kylo’s duel with Snoke or Luke’s confrontation with his nephew.

In the current era, by the time fans have finished purchasing the first wave of sets for a new Star Wars film, the next batch is about to be released. Star Wars: The Last Jedi arrived in December 2017, and in April 2018, sets were released for Solo: A Star Wars Story. Had the time gap between films been three years instead of five months, the LEGO Group, Hasbro and all of the other licensees could have spent the time releasing products that filled in the gaps. This is when sets such as the Canto Bight casino, DJ’s stolen ship and the escape pods would have been released, this is when fans play a little catch up.

So no matter what impact a slowed release schedule has on the quality of the Star Wars films themselves, the collecting experience should be vastly improved. Fans can be more invested and engaged with building a collection when they have time to anticipate the film, then re-watch it and fall in love with specific scenes and sequences. For LEGO fans, things could get very interesting over the next few years…