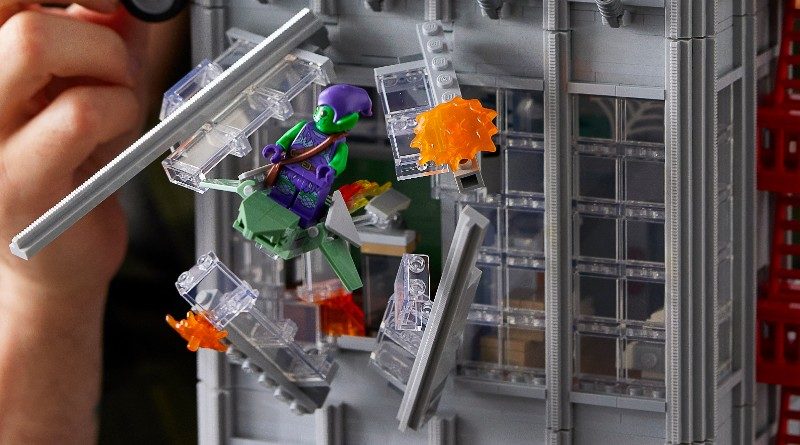 While we wait for the release of LEGO Marvel 76178 Daily Bugle, one builder has already found a way to repair the building’s broken window, using only the pieces provided in the set.

We can’t imagine that J. Jonah Jameson was too impressed to see that his brand new Daily Bugle model was immediately damaged by some rampaging villains, including a frozen scene of destruction outside Peter Parker’s office, courtesy of the Green Goblin.

Thankfully for both the newspaper’s budget and builders wanting to have a more uniform set to add to their collection, LEGO YouTuber hachiroku24 has experimented with 76178 Daily Bugle after receiving it early and has found a way to fix the damage with only the bricks used in the explosive scene.

It turns out that Mark Stafford, the designer for the 3,772-piece model included every part blasted astray in the frozen explosion, meaning all you need to do to fix the window is put each part back in place. The YouTuber demonstrates exactly how this is done, but following the design for the rest of the building should do the trick too.