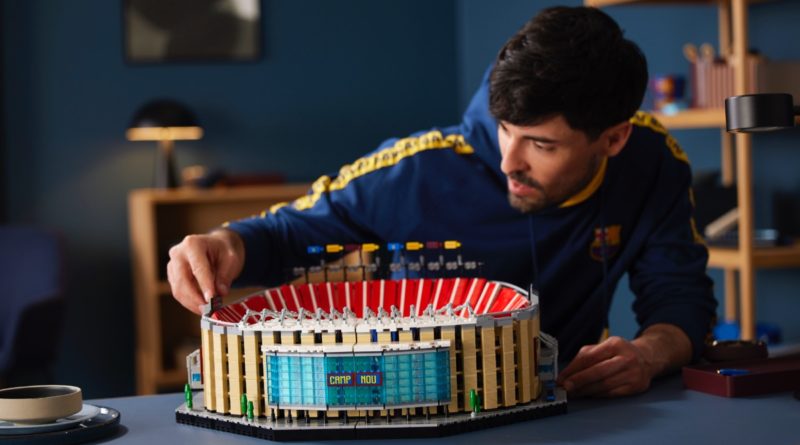 The latest round of Zavvi LEGO discounts allows you net a massive discount on 10284 Camp Nou – FC Barcelona.

Released in 2021 for the LEGO ICONS range (which offers more complex and ambitious builds) the set is an impressive tribute to a legendary Spanish football stadium. It typically retails for £289.99, but you can now grab it for just £169.99 instead  – a saving of £120.

Camp Nou was first constructed between 1954 and 1957, and is the home stadium for the FC Barcelona football team. Almost 100,000 football fans can occupy it at once, with several different sporting events being hosted here over the years. The Champions League final, the UEFA Super Cup and the FIFA World Cup have all taken place at this venue.

Given its seating capacity, 10284 Camp Nou – FC Barcelona is scaled a little smaller than your typical LEGO set. It’s assembled in sections that are then slotted together, with rows of textured bricks used for seating. Various flags, banners and a scoreboard lend the set some extra authenticity.

The outside of the stadium also includes details like trees and a tiny model of the Barca bus. The real thing has been used by Leo Messi and his fellow first team players, making it a neat addition to the set.

This LEGO set is scheduled for retirement by the end of this year, which may explain its recent price reduction. While it may be available for purchase after this date, we recommend adding it to your collection sooner rather than later.

Buying from Zavvi will cost you £1.99 for delivery. You can also buy from Zavvi if you’re in the US, for a £3.99 delivery cost.