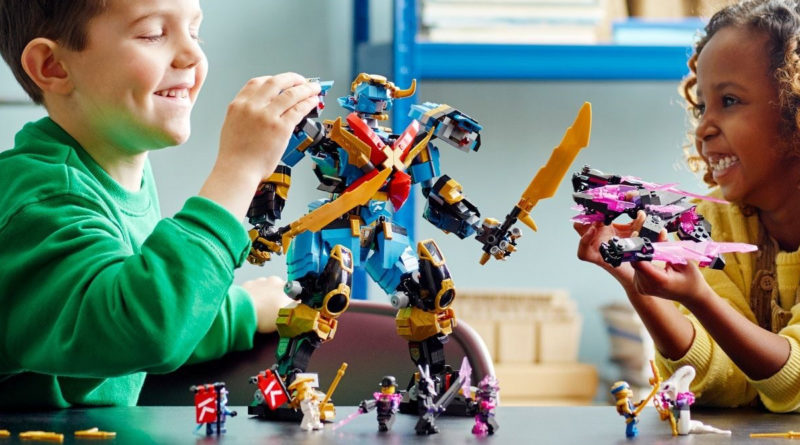 One of the best LEGO sets in the new NINJAGO wave has already seen a discount, courtesy of Zavvi.

Zavvi is currently offering several different LEGO sets with a price reduction, with a number across the Technic and Star Wars lines. However, you can also find discounts in other corners of the Zavvi site – including one on 71775 Nya’s Samurai X MECH. The set is now £89.99 instead of £99.99 – a 10% saving on the RRP.

71775 Nya’s Samurai X MECH was released earlier this month as part of the NINJAGO Crystalized range. It’s a particularly impressive mech in a range already bursting with them. The set offers a delightfully colourful build and plenty of articulation, including knees – which are surprisingly rare in LEGO mechs.

There’s also a crystalline dragon to fight, and six minifigures – including a new version of Nya in her Samurai X outfit. That said, you may find this new Garmadon figure more enticing.

Since this set (like the others) is subject to availability, we recommend picking it up right away if you’re interested. Delivery costs on Zavvi orders start at £1.99 in the UK, but it’s only £3.99 for US delivery.

Click through this link to explore the full Zavvi LEGO week sale.

Thank you for making your Zavvi LEGO purchases via our affiliate links and supporting our work at Brick Fanatics.