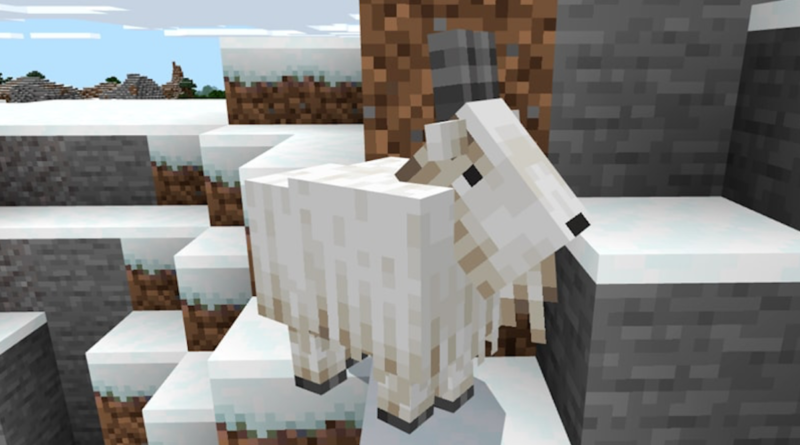 As the LEGO Group raises our hopes once again over the return of minifigure-scale versions, could 2022 be the year of the LEGO goat?

Earlier this week, the LEGO Group officially revealed the first set based on Marvel Studios’ upcoming Thor: Love and Thunder movie. 76208 The Goat Boat does exactly what it says on the tin and will arrive complete with two giant brick-built goats in the shape of Toothgnasher and Toothgrinder.

Although the set seems like a must-have for LEGO Marvel fans, we can’t help but wonder if the brick-built animals are merely a token gesture by the LEGO Group instead of giving us what it knows we really want: more minifigure-scale goats. And as LEGO Ideas Design Manager Sam Johnson told Brick Fanatics recently, the return of the original mould is apparently not off the table altogether.

With that in mind, we’re hoping to see the return of the tiny head-butters in the rumoured LEGO CITY farm sets this summer, even if it’s not looking likely. But while we’re waiting for our next ‘real’ LEGO goat fix, it’s worth remembering that the horned animals could possibly make a surprise appearance in future LEGO Minecraft sets.

Goats were added to the Minecraft game as part of the Caves & Cliffs biome update in 2021, following a successful fan vote last year. The mob only spawns naturally in snow-covered mountains, can jump high and is also a handy source of milk.

US toy retailer Eugene Toy and Hobby recently revealed listings for seven LEGO Minecraft sets rumoured to be launching this summer, although there’s no official word from the LEGO Group regarding their existence:

The listings don’t include any additional information beyond potential set numbers and prices, but a LEGO Minecraft mountain set featuring brick-built goats is always a possibility. In the meantime, we’ll be anticipating the release of 76208 The Goat Boat on April 26 and the arrival of our next go-to goat models, Toothgnasher and Toothgrinder.

Between Marvel, Minecraft and – with any luck – this summer’s CITY farm sets (rumours have been wrong before!), this could well and truly be the year of the goat. Or it could start and end with the Norse god’s animals…