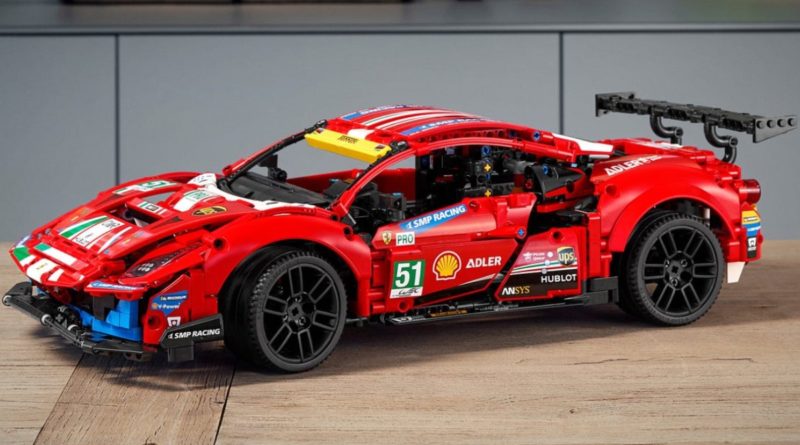 From tomorrow, August 1, 2022, around a quarter of the current LEGO portfolio will be increasing in price. The specifics of which sets will be affected by this have not been confirmed, making today a good opportunity to catch up on any must-have models. For LEGO Technic enthusiasts, John Lewis currently has 42125 Ferrari 488 GTE AF Corse #51 on sale for 30% off.

That drops the normal £159.99 price down to £112 for all 1,684 pieces. Unlike other LEGO Technic car recreations, 42125 Ferrari 488 GTE AF Corse #51 depicts the Ferrari with a racing livery, complete with several sponsors from UPS to Shell.

The focus of this model is on its appearance, capturing the shapes and angles of the Ferrari supercar using the panels and more specialised elements that the LEGO Technic design team frequently utilises.

That said, 42125 Ferrari 488 GTE AF Corse #51 isn’t lacking in features either with opening doors, front and back suspension and a brick-built V8 engine with working pistons. With a unique design unlike most other huge LEGO Technic car recreations, this set makes a good display piece for a Ferrari fan.

Before its price potentially rises, though that’s yet to be confirmed, you can pick up 42125 Ferrari 488 GTE AF Corse #51 now from John lewis for £112 with free delivery within the UK or the option to click and collect at no extra charge.