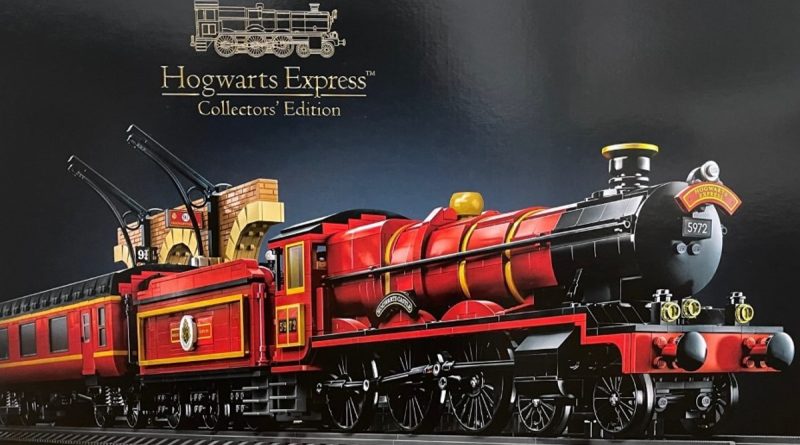 LEGO Harry Potter 76405 Hogwarts Express Collectors’ Edition has been shipped out accidentally, revealing the huge model based on the Wizarding World.

Reddit user LegendofTovon has accidentally been sent the rumoured 76405 Hogwarts Express Collectors’ Edition instead of 10305 Lion Knights’ Castle as part of their latest order, sharing full images of the massive LEGO Harry Potter set including instructions, stickers, the box, its contents and minifigures.

We have no official details for this set at the time of writing, though the fact that it was in a warehouse and able to be mixed up with 10305 Lion Knights’ Castle may mean that it will be released soon. However, that has not been officially confirmed.

76405 Hogwarts Express Collectors’ Edition includes the LEGO largest version of the Hogwarts Express to date, prioritising detail over scale. Its enlarged size also means that it has room for multiple scenes inside, with a quote for each scene. The train is displayed on a section of track and sits next to a segment of Platform 9¾ where an older Harry Potter waves goodbye to a future student of Hogwarts, based on one of the final scenes from the last movie.

An informative plaque is also included with interesting details to read. There is a total of 20 minifigures from the first, third, sixth and eighth Harry Potter films, many of which are exclusive or rare.

Following this accidental reveal it hopefully won’t be too long before we have official details of 76405 Hogwarts Express Collectors’ Edition, but at the time of writing it has yet to be announced.