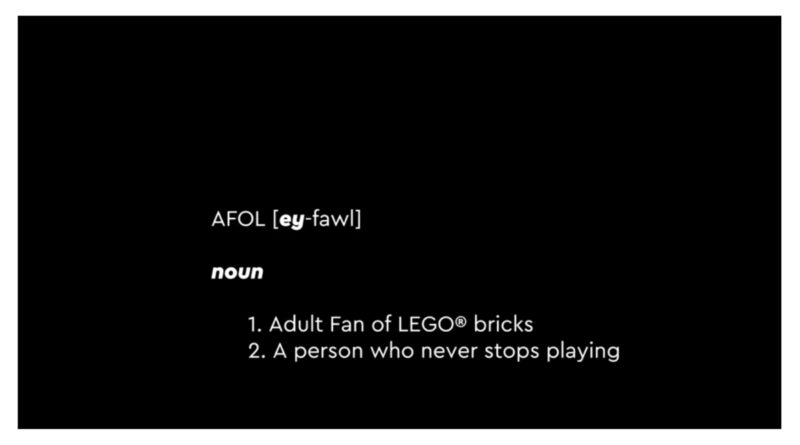 The latest tweet from the LEGO Group reopens an old debate – how do you pronounce AFOL?

The LEGO Group have just tweeted out a short video featuring four Adult Fans Of LEGO. Between them they bake, break-dance, build guitars and ballet dance, plus many other things that don’t begin with ‘B’. More importantly, they are all LEGO fans. In the introduction to the video they put up a dictionary-style definition of the term AFOL:

2. A person who never stops playing

It reignited a debate – not a very important debate, we’ll admit, but a debate nonetheless – on how the term AFOL is pronounced. The video suggests it’s two distinct sounds: the ‘Ay’, followed by a drawn out ‘Fawl’ or ‘Fall’. For many this is anathema, as they, confident in their righteousness, know that it’s pronounced Affol – like apple, if it were spelled appol.

This of course, is nothing to the debate about how the word LEGO should be pronounced. LEGO or Lay-Go? Or just LEGO Bricks? The only thing that everyone can agree on, is that it’s never – ever – LEGOs.

Help support the work that Brick Fanatics does by purchasing your LEGO via our affiliate links. Thanks!

One thought on “Adult Fan Of LEGO, is that an Ay-Fol or an Affol?”