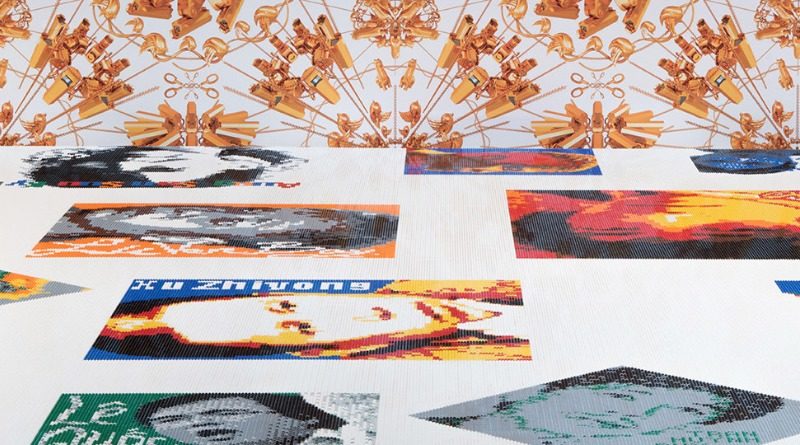 Chinese artist and activist, Ai Weiwei has used lego in his most recent exhibition as a way to connect with collaborators around the world.

On display at the Skirball Cultural Centre in Los Angeles from May 15 to August 1, Trace is the latest work from Weiwei, an artist who is openly critical of the Chinese government’s policies. It is made up of a series of 176 portraits of political prisoners from around the world, formed from LEGO bricks. Weiwei chose this medium because it could therotecally be made by anyone around the world.

“LEGO gave me the opportunity to give a clear design that could be followed by the constructor,” Weiwei explains. “It’s digitally precise, so it’s no different from a so-called ‘original’. LEGO destroys this idea of an ‘original’, which I like.

“I always like artworks that don’t have to be done by artists. It’s only the idea that comes from the artist. The easier to make, the better the work is. I think Lego is no different from Rembrandt’s paint or Van Gogh’s paint. If they were alive today, they would love to play Legos.”

Weiwei also loves how different LEGO is when used in art, in comparison to painting or sculpting. He wanted to create the portraits to pay homage to “the heroes of our time”, with many of the figures being ordinary citizens standing up to oppressive regimes.

“LEGO, it’s a second language,” he says. “It’s not painting and it’s not sculpture and it’s not installation. It looks like two dimensions but it’s actually three.”

Trace features other aspects as well as the LEGO portraits, including a wallpaper installation made up of images of surveillance, such as handcuffs and CCTV cameras. It acts as a statement on freedom of expression in China. You can find out more about the exhibition and reserve tickets on the Skirball website. Entrance costs $12 for adults, $9 for concessions, and $7 for children over the age of two, but is free for all on Thursdays.