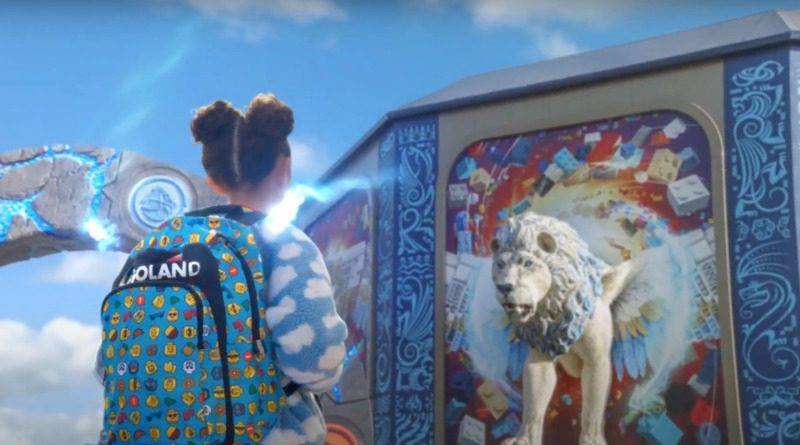 LEGOLAND Windsor has released a TV ad, showing the experience of a child in LEGO MYTHICA, a new area of the resort.

The TV spot, created in partnership with agency Now, brings LEGO MYTHICA, World of Mythical Creatures, to life. The film starts with the camera looking through the eyes of a young girl, looking in the mirror and excited for her day out at LEGOLAND Windsor. We see her perspective reaching the park and riding The Flight of the Sky Lion, LEGOLAND’s first 4D flying theatre ride.

Most of the ad is shot from the girl’s perspective, with fantastical creatures flying up around her every step of the way. Models and virtual versions of these creatures can be found throughout LEGO MYTHICA itself, giving the viewer a taste of what they can expect from their visit.

The campaign will run in 30, 20 and 10-second long version on various channels in the UK. LEGO MYTHICA is the largest investment from the Windsor Resort since they opened their gates 25 years ago and is the first LEGOLAND IP to be developed by Merlin, the resort’s owner.

“Launching a brand new world and a first-of-its-kind ride in the UK was a real challenge, especially in 30 seconds,” said Ben da Costa, Chief Creative Officer at Now. “We set out to create a film that felt as immersive as the Sky Lion ride itself: one that stimulates imagination and throws you into the world of LEGO MYTHICA.”

You can book tickets for your own adventures at LEGO MYTHICA from the LEGOLAND Windsor website, ahead of when the new area opens up to the public on May 29. Entrance to MYTHICA is included within a standard admissions ticket, starting from £29.