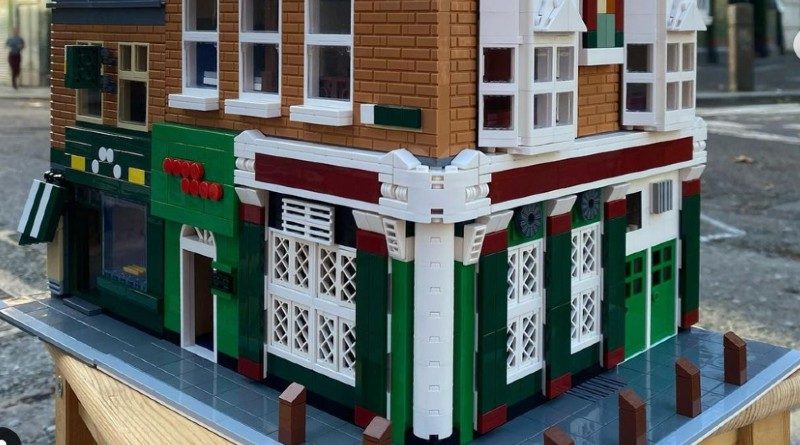 While stuck in lockdown, one LEGO fan has taken it upon himself to build Dublin’s many pubs with quite a few under his belt so far.

Gianni Clifford runs the increasingly popular DublinBricks Instagram account and is continuing his journey of replicating Dublin’s pubs in LEGO, in all sorts of scales.

From minifigure-sized to microscale, the Irish builder has impressed his followers with the miniature models and was recently featured in the Independent for his work. Perhaps the most enticing part of the series is that he takes them to the real-life locations of the bars for comparison.

Speaking to the Independent the builder revealed that the journey started over a year and a half ago, as a love letter to the city. The first build was of The Long Hall as seen on the left, and has continued since. In fact, the most recent of these models was of The Hacienda bar at minifigure scale which can be seen on the right of the gallery.

Gianni also spoke on how the lockdown has affected this project and his fans, stating “Lego is perfect escapism. It can be done in the comfort of your own home. You’re totally focused, being creative and using your brain, but removed from your nine-to-five worries.” It appears that the builds have been immensely popular having been not only featured on the Independent and The Irish post but also television thanks to RTÉ News: Six One, an Irish TV programme.