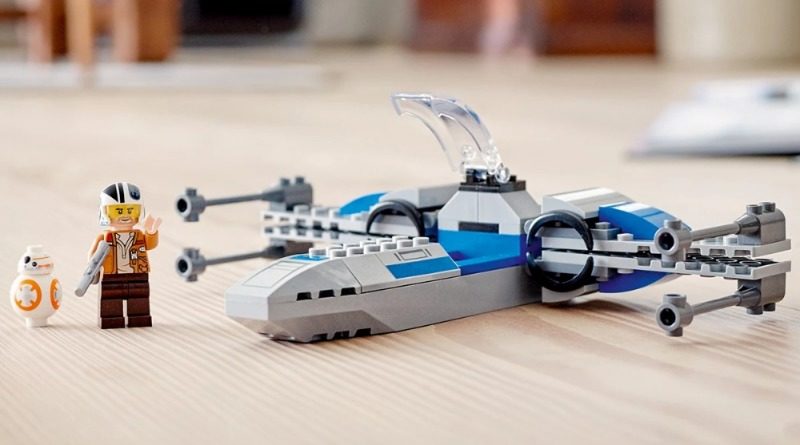 Another March 2021 LEGO set has been reviewed, offering fans a closer look at LEGO Star wars 75297 Resistance X-wing, offering the iconic spacecraft on a budget.

LEGO Star Wars will see three sets join the 2021 range on March 1 with 75298 AT-AT vs Tauntaun Microfighters, 75297 Resistance X-wing and 75302 Imperial Shuttle, the latter of which we already reviewed here. The final two sets have been reviewed before their release by MandRproductions, offering fans a closer look at the upcoming models.

75297 Resistance X-wing specifically includes a revisit to the legendary starfighter, where it was last seen in the grey and blue colour scheme in 2016’s 75149 Resistance X-wing Fighter, which also featured minifigures of both Poe Dameron in his jacket and BB-8. However, the new 2021 model offers a smaller version of the original set for younger builders, and for those who have have missed out the first time round.

The smaller build also brings a lower price than before, meaning the inclusion of Poe Dameron and the dual-moulded helmet might be all the more enticing to Star Wars fans. The build itself is similar to the last 4+ X-Wing model from 75235 X-Wing Starfighter Trench Run but updated for the sequel trilogy’s design. Wheel Arch pieces form the air intakes while Poe and BB-7 both sit in a fairly open cockpit.

This new Star Wars model officially launches March 1 for £17.99 / $19.99 / €19.99 alongside the two other sets, and others from various themes. You can support the work that Brick Fanatics does by purchasing your LEGO sets through one of our affiliate links.