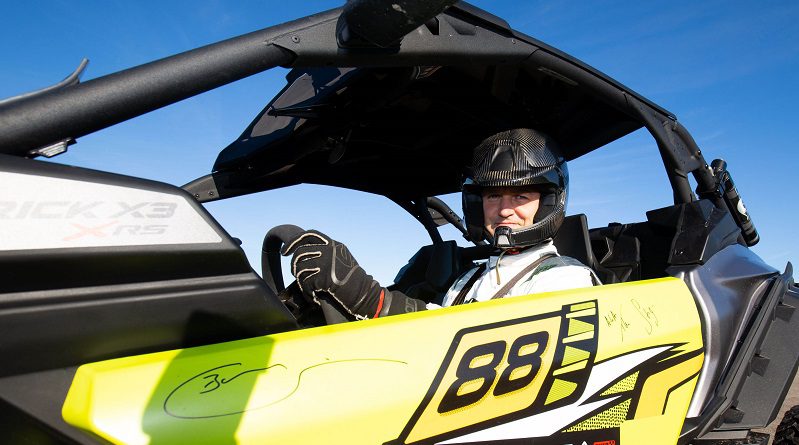 Stunt driver Ben Collins, previously known as The Stig, brings his driving skills to LEGO Technic in a new short.

LEGO Technic has recruited stunt driver Ben Collins, formerly The Stig on Top Gear, to star in this (very) film that showcases 42072 WHACK! and 42073 BASH!, highlighting the power of a child’s imagination.

No computer generated imagery was used in the production of the film, which was entirely captured in real life. Carefully editing and timing of cuts gives the illusion that Ben is behind the wheel of both LEGO Technic vehicles, as he portrays both drivers.

“This film was created not just for the awesome stunts but also to inspire children to think outside of the box when it comes to creative play,” said the driving professional. “By showcasing my skills as LEGO’s official stunt driver, I hope to open children’s minds to the endless potential LEGO Technic offers when building. LEGO Technic has always been a big part of my family – my three kids are all huge fans – so it’s been a real pleasure to be able to combine my love of stunt driving with my love of LEGO in The Chase. I hope it inspires kids everywhere to create their very own epic stunts!”

For those looking to create their own LEGO stunts, Ben provided five tips:

The current LEGO Technic range is available now at shop.LEGO.com.