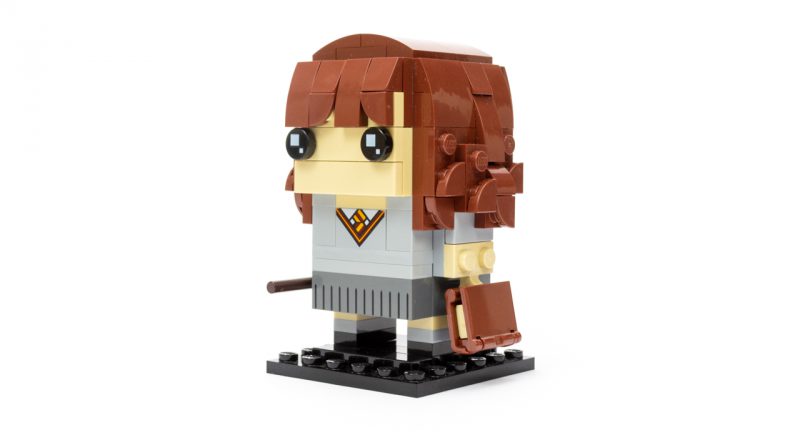 41616 Hermione Granger is the only solo character set available in the Harry Potter range of LEGO BrickHeadz, but is she still charming enough to put a spell on you and your wallet?

If you’re a Harry Potter fan, then odds are you’ll want the trio of BrickHeadz to round off the complete gang. Coming in at a moderate 127 pieces, 41616 Hermione Granger is another fairly quick build, which might be half the appeal of the BrickHeadz theme for some LEGO fans.

The character is one of Harry Potter’s closest friends during his years at Hogwarts, as alongside Ron, they face increasingly perilous adventures during their years at the School for Witchcraft and Wizardry. 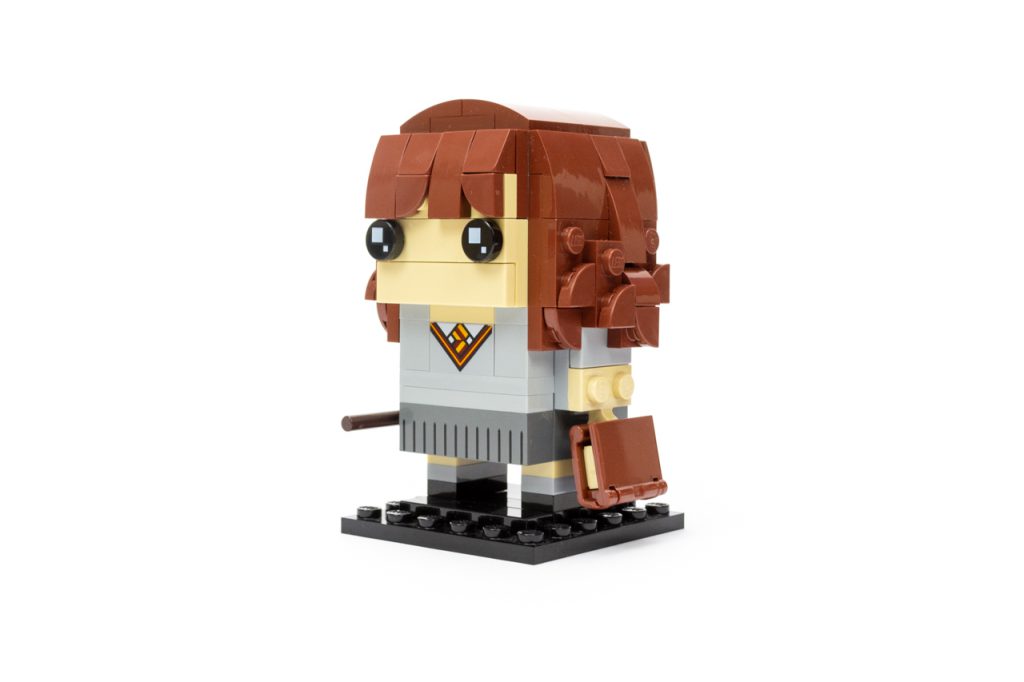 When the Harry Potter sets were first revealed I knew I’d want 41615 Harry and Hedwig, and I was immediately impressed by 41621 Ron and Dumbledore thanks to the bright colours, but Hermione struck me as, well, a bit dull. Having now built her I am actually more appreciative than I expected to be. I tend to be wowed more quickly by exciting colour schemes, as superficial as that may be. Given that she’s in a grey school outfit, she seemed to blend in to the background compared to her fellow magical characters.

Anyone who has built a BrickHeadz model will be familiar with the format for the build, and nothing deviates here from that standard. Simple, but nicely printed 1×4 blueish grey bricks form the skirt with another printed brick used for the v-neck jumper and school tie in Gryffindor colours.

Given the bushy nature of Hermione’s hair in the first year at Hogwarts, the LEGO designers had a bit of work to get it right in blocky form but pulled it off fairly well. It makes for some fun texture building which is probably where a high proportion of the piece count has been allocated.

Hermione has a reddish brown lightsaber element accessory in one hand and in the other a new book piece containing one more printed tile with the Wingardium Leviosa spell on it, which was a nice surprise addition I didn’t expect based on box art alone.

41616 Hermione Granger may be a simple model but is still a decent representation of the source material and currently the only female character from the stories so far. Lack of colour is my only gripe but if you’re a BrickHeadz fan or mainly looking for a quick build at a low price within the Harry Potter range, then this is the set for you.

41616 Hermione Granger is available now at shop.lego.com. You can help support Brick Fanatics’ work by using our affiliate links. 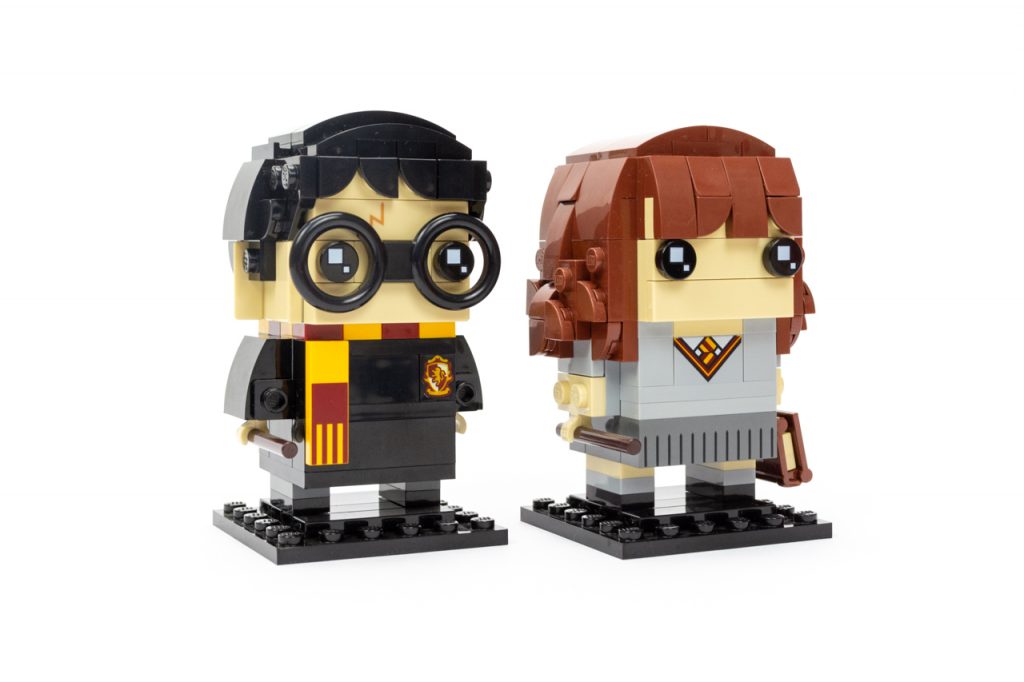