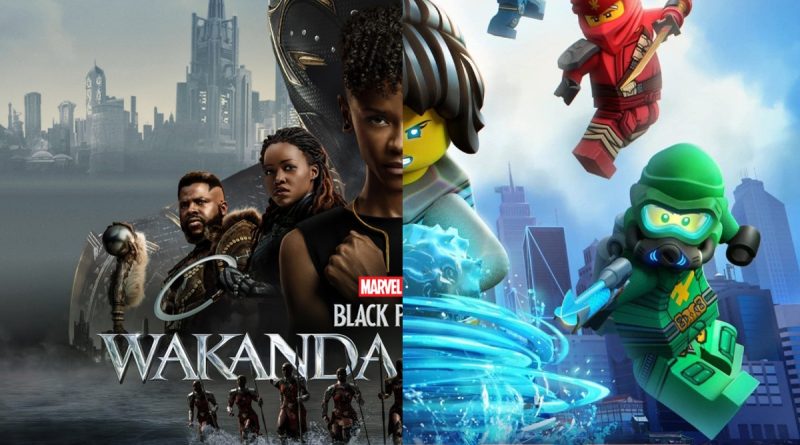 The new poster for Black Panther: Wakanda Forever bears a resemblance to one for LEGO NINJAGO, also featuring an underwater kingdom.

Whether the LEGO NINJAGO graphics team have inspired the Marvel Studios designers is unknown, but as TioJaylson on reddit has noticed, the sequel’s latest poster looks similar to the Seabound artwork.

Both Seabound and Wakanda Forever include a team of heroes battling against an underwater kingdom, one being Merlopia and the other being Talocan. That connection between the narrative makes for another strange similarity between NINJAGO and Black Panther combined with the design of the posters.

Shuri and Nya being in the same position of the posters is another notable similarity between the two. These similarities between NINJAGO Seabound and Black Panther: Wakanda Forever’s posters are likely just coincidence, but it’s no less interesting to see.

Black Panther: Wakanda Forever will be releasing on November 11 and it has a wave of LEGO models available now on the official online store including the detailed Namor minifigure in two of them. NINJAGO’s Seabound range is also currently available, though some models are out of stock in select regions.