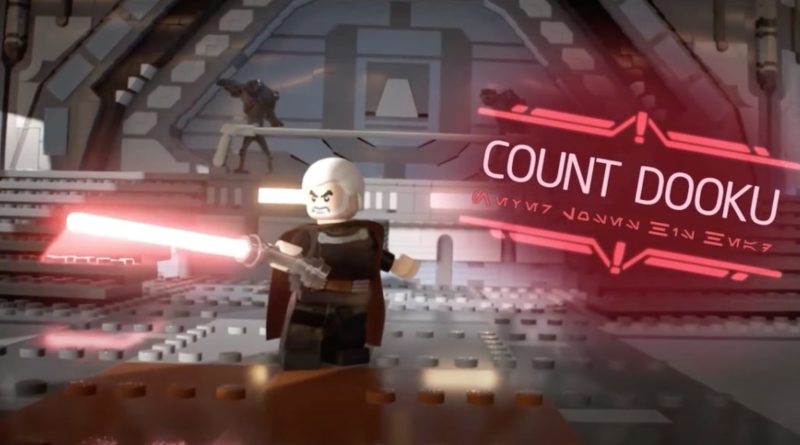 Amongst the many features that have been updated in LEGO Star Wars: The Skywalker Saga are the game’s traditional end of level boss battles.

Progression in LEGO Star Wars: The Skywalker Saga will take players though open world hub areas followed by story levels that culminate in challenging boss battles. In previous LEGO video games this would usually involve reducing an enemy’s hearts (or lives) to zero to complete a stage. However, as with many of the game’s more traditional features, LEGO Star Wars: The Skywalker Saga has given boss encounters a major revision.

TT Games has overhauled these battles and it looks like they’ll not only take much longer to finish but will also offer players more of a challenge. Boss characters (and ships) will now have a health bar at the top of the screen that must be drained. When it’s down to zero, the boss will lose a heart, but gain a new full health bar representing the next heart.

Players will therefore have to put in more time and effort in order to beat each end of level challenge, taking their time to work out the best strategies to defeat foes. In one preview video we’ve watched, Anakin Skywalker and Obi-Wan Kenobi take on Count Dooku in a battle lifted from the opening scenes of Revenge of the Sith.

Dooku uses dashing and jumping lightsaber attacks, before getting in close for melee hits that require players to perform quick button taps to deflect. The Count also uses Force attacks and at one point calls in Super Battle Droid reinforcements. Players can switch between Anakin and Obi-Wan and use their own Force abilities, lightsaber attacks and combos in order to win the fight.

In comparison, LEGO Star Wars: The Complete Saga had a much shorter encounter with Dooku, with players only needing to drain six hearts in order to beat him. Whilst Super Battle Droids are present in both sequences, in LEGO Star Wars: The Skywalker Saga players have to destroy all of them in order to trigger Dooku’s next round of assaults and move the game along.

We’re looking forward to the challenge of tougher boss battles in LEGO Star Wars: The Skywalker Saga when it’s released on April 5. For more information of which versions of the game will be available, head on over to our pre-order guide here. A new ‘Darkness is Rising’ trailer for LEGO Star Wars: The Skywalker Saga will be released tomorrow during the Future Games Show event.