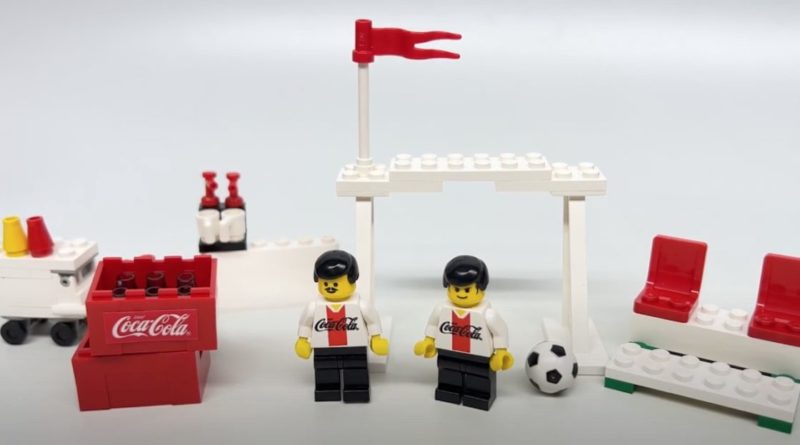 LEGO Collectible Minifigures have now reached Series 22, but another blind bag theme may have predated it by 20 years.

The popular LEGO Collectible Minifigures theme has covered a number of licensed IPs and original characters, from Marvel and DC Comics to Looney Tunes and Harry Potter. Collectors of the pocket-money priced blind bags may think they’ve picked up every set to date, but a 20-year-old CMF theme may have predated the current range.

YouTuber just2good has released a new video in which he opens up a forgotten and rare LEGO blind bag series created in collaboration with the soft-drinks giant, Coca-Cola. Launched in 2002, the polybags contained LEGO minifigures that were only released in Japan, possibly to promote the World Cup in the same year.

The blind bags were attached to bottles of Coca-Cola and included LEGO football-based collectible characters and accessories. Some of the polybags look to be highly-desirable, whilst others contain only a few pieces, such as two minifigure-scale LEGO footballs. The video gives a great insight into the LEGO Group’s thinking around promotional polybags at the time and may even have been the impetus for the modern CMF series as we know it today.

LEGO Collectible Minifigures Series 22 is available now and includes 12 unique characters with accessories to collect. You can check out our full review of the most recent CMF release here.