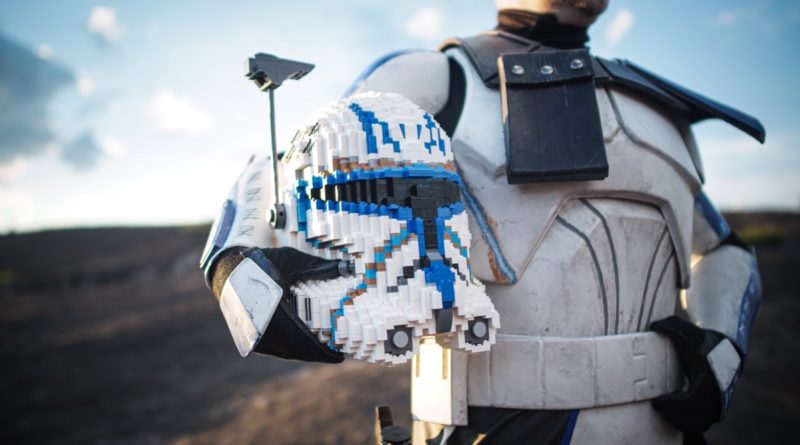 Let’s hope the LEGO Group is paying attention, because Bricker Builds’ enormous sculptures are a perfect demonstration of what it should be doing with its 18+ line-up.

The current range of LEGO for Adults models mostly revolves around detailed recreations of real-world objects, locations and vehicles, but even its biggest models – like the recently-released 10294 Titanic – aren’t really dreaming big enough. We’re not talking about simply upping the piece counts of their sets, but in terms of scale: the Titanic is still just a microscale rendition of the cruise liner.

By contrast, Bricker Builds’ life-sized models of iconic pop culture characters, helmets, busts and weapons show exactly what the LEGO Group is missing from its current portfolio. These are the kinds of models you’d generally see at LEGOLAND or in shopping centres – only they’re available to buy and build at home.

You’ll find instructions for all of Bricker Builds’ models – from its life-sized Pikachu and Poké Balls to its Captain America shield and Legend of Zelda sword – available on its website, but the independent retailer also offers the pieces to build many of its designs, too. Those bundles include only official LEGO elements, so you can mix and match with the rest of your collection.

The scale of some of these builds is seriously off the charts: the ‘Hero’s Sword’ (a phrase here meaning ‘Link’s sword’) measures over a metre long, for instance, while the Captain America shield is a full 70cm in diameter. Perfect for fending off any sentient robots or Mad Titans you might come across while out and about…

Even Bricker Builds’ Star Wars helmets are life-sized, going way above and beyond the official LEGO Helmet Collection. If you’re after a proper statement piece for the centre of your LEGO room, head over to Bricker Builds and check out its full range of products.