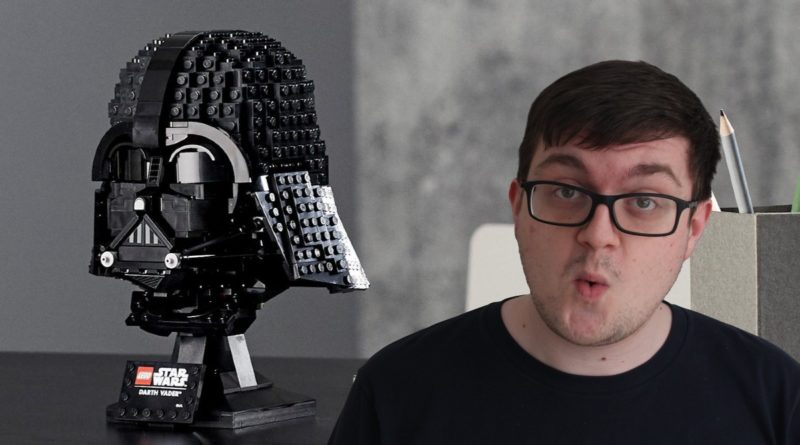 Some LEGO sets are getting less creative by design, but that’s not necessarily a bad thing – at least amid the LEGO Group’s shifting priorities.

Before you raise your pitchforks and torches, allow me to clarify. The past couple of years have shaken things up massively in Billund, with the effects of the ongoing pandemic – among other things – introducing LEGO to a mainstream audience as more than just a hobby, and an audience that’s older than the company might usually cater to.

In 2020, towards the start of the pandemic (though it’s highly unlikely the LEGO Group could have predicted this), LEGO for Adults started with the launch of the LEGO Star Wars Helmet Collection. Since then, this line of 18+ creations has expanded far beyond Star Wars, encompassing Creator Expert, an island of dinosaurs and even a new video game.

In case you couldn’t tell by the black bases and boxes of many of the LEGO for Adults sets (or those 18+ tags), these sets are designed mostly for display, but also for a decidedly older audience – sometimes in complexity, and sometimes in the subject material.

However, this design choice has lately gone beyond LEGO for Adults, with Ultimate Collector Series-esque nameplates appearing in models like 76188 Batman Classic TV Series Batmobile and 76832 XL-15 Spaceship, despite both having an age rating of 7+ and 8+ respectively.

This does suggest, though, that the concept of displayable scene or vehicle recreations – rather than sets designed to be changed and modified – has expanded beyond the usual themes like Star Wars and LEGO for Adults, and has effectively become one of the LEGO Group’s newest design goals.

Once upon a time, the company provided alternate instructions or inspiration beyond just LEGO Classic sets and in licensed themes such as Star Wars. Those days have long since passed.

At the time of writing, the only available alternate instructions on the official online store, or at least those easily sorted into the relevant section on the VIP Rewards Centre, are limited to options for LEGO Art sets. While these do include licensed creations, it’s a theme that is arguably easier to create new designs for thanks to its two-dimensional approach, explaining why there are so many of them.

Whether or not you agree that LEGO sets are getting less creative, it’s clear that the past decade has seen some of the biggest changes to the company so far, and such updates can affect more than just the financial results.

The LEGO Group has had to adjust to recent changes with little to no warning, and that’s arguably caused priorities in the company to shift and expand beyond making toys designed to inspire creativity and offer replayability, to also offering models designed purposefully for display for both children and adults.

Focusing on both specific recreations and the usual array of models is no bad thing, and has only helped to expand the appeal of LEGO sets to a wider audience. Recent financial results have boasted skyrocketing sales and specifically name-dropped the ‘Adults Welcome’ campaign, suggesting that it’s seen good results so far.

So yes, some LEGO sets aren’t nearly as focused on inspiring creativity as others, instead opting to memorialise a specific moment from media, the real world or anywhere in-between. But at the end of the day, that only serves to broaden the company’s approach, allowing it to undertake more ambitious projects – such as LEGO for Adults – in future. And that’s more than okay with me.

2 thoughts on “Column: LEGO is getting less creative by design, and that’s okay”