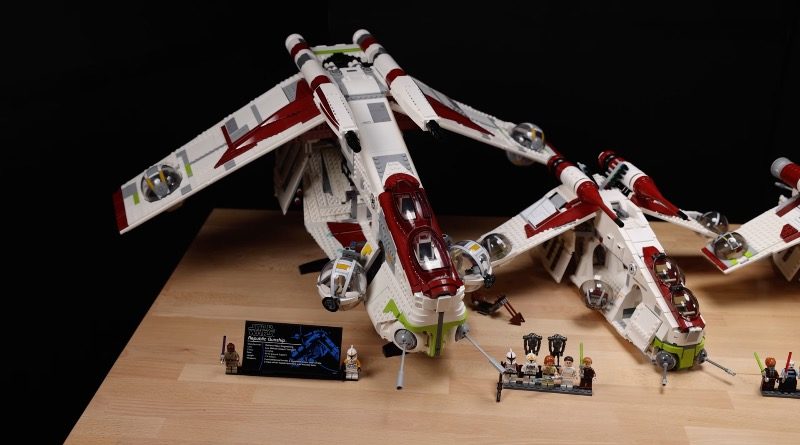 The newly-announced LEGO Star Wars 75309 Republic Gunship dwarfs its minifigure-scale predecessors – but here it is stacked up next to them anyway.

YouTuber David Hall (Solid Brix Studios) has published a video comparing the Ultimate Collector Series set with 7163 Republic Gunship, 7676 Republic Attack Gunship and 75021 Republic Gunship. The four models span nearly two decades, from 2002 through to 2021, and there’s a world of difference between them.

That’s not just due to the size of the latest set, either, as key design differences can be spotted between even just the minifigure-scale versions of the iconic prequel trilogy ship. Check them out side-by-side by hitting play on the video below.

While aftermarket prices for the three previous Gunships are indeed still relatively high (as David alludes to), you’ll be able to snag the biggest example yet from official LEGO channels on August 1. For more on 75309 Republic Gunship, check out our in-depth review, then hit the links below for insight from the LEGO Star Wars design team: