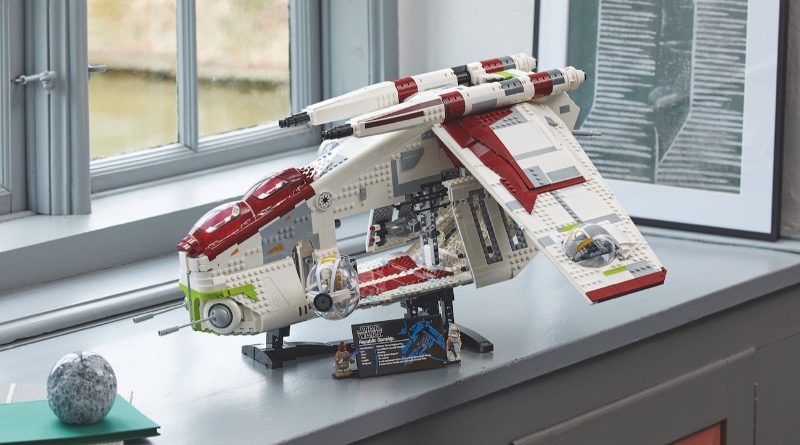 More than 30,000 people voted for 75309 Republic Gunship in last year’s three-way Ideas poll, representing an overwhelming 58% of all votes cast. That’s a pretty significant margin – but unless it’s reflected in actual support for the finished model, don’t expect to see more Ultimate Collector Series sets based on the prequels any time soon.

That’s the message from LEGO Star Wars designer Hans Burkhard Schlömer, who told Brick Fanatics that the LEGO Group is banking on the same fans who voted for 75309 Republic Gunship going out and buying it when it launches next month.

“We do hope there is a demand,” Hans says. “I mean, you told us, ‘We want this, we want it to be reasonably big,’ and I hope that not everybody will now say, ‘No, I don’t like the minifigures,’ or ‘I’m not buying it because I don’t like that brick there.’ So yeah, I guess if you want to see more sets like this, go and buy it.”

Reception to the first prequel trilogy UCS set since 2010 has been pretty mixed among the online community. We’ve seen plenty of love for the Gunship from users in some circles (reddit, for instance), but we’ve also seen others in those same forums blasting details like the minifigure selection. The 3,292-piece display model includes Mace Windu and an unnamed Clone Trooper Commander, where many were calling for an updated Jedi Bob or Commander Cody.

For what it’s worth, our review notes that ‘this isn’t a set you’re buying for the minifigures’, and that ‘fans of prequel trilogy vehicles should be more than satisfied’ with 75309 Republic Gunship. Click here to read the full review, and if you’re still hankering for Jedi Bob, here’s a quick guide to creating a modern version from existing pieces.

75309 Republic Gunship will launch at LEGO.com and in LEGO Stores on August 1. Consider supporting the work that Brick Fanatics does by purchasing yours (when the time comes) using our affiliate links. Thank you!