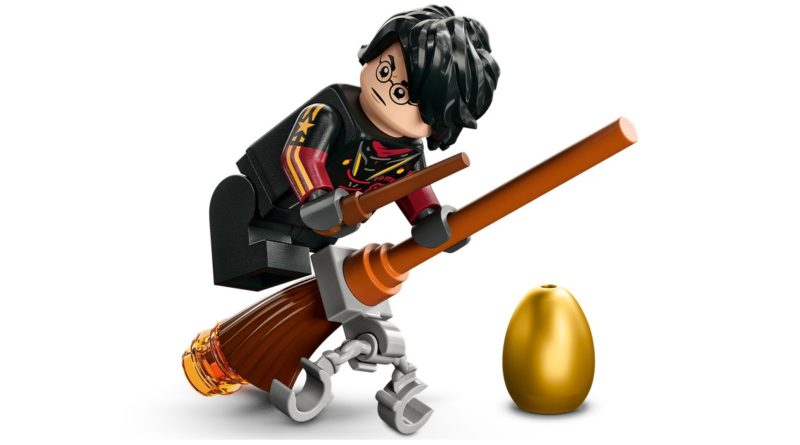 The days of single-piece broomsticks in LEGO Harry Potter might be over with the introduction of one new brick in the summer 2022 wave.

At first glance, you might have focused on the main model in 76406 Hungarian Horntail Dragon, which recreates the Hungarian Horntail in more detail than previous iterations. However, there’s one other notable inclusion in the upcoming model – a brick-built broomstick.

Previously, the LEGO Harry Potter design team represented the flying magical items of the Wizarding World with one brick, leaving little to no room for customisation, and missing key elements of the design for some broomstick makes at the same time.

However, that all changes in summer 2022 as the bristles of the broomsticks are now a separate element with a stud attachment on the top and bottom of the brick. This fresh piece is included in 76406 Hungarian Horntail Dragon and, as demonstrated in the set, allows for a more detailed broomstick with handcuffs acting as the footholds.

It will be interesting to see where this piece might be used in future, with plenty of different broomstick designs in the Wizarding World that could be represented more accurately in LEGO Harry Potter.

You can look forward to purchasing the summer 2022 range of LEGO Harry Potter, including 76406 Hungarian Horntail Dragon, from June 1 in the UK and Europe, or June 19 in the US.