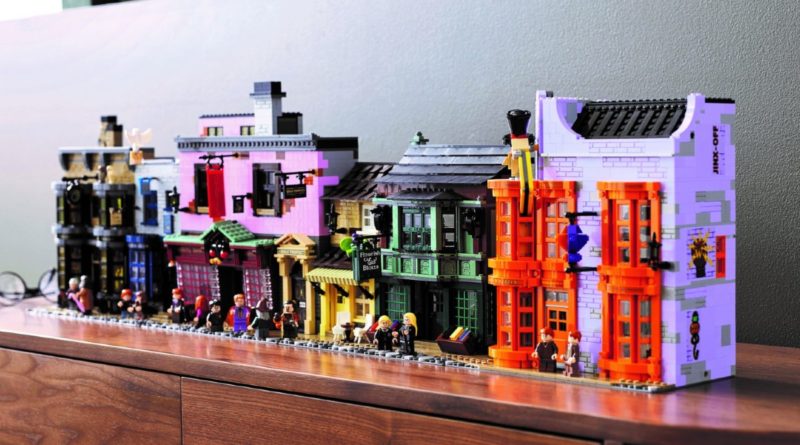 As revealed in the AMEET LEGO 2022 catalogue, a Harry Potter minifigure from 75978 Diagon Alley will soon be available in a more affordable way.

The Harry Potter minifigure that appeared first in 75978 Diagon Alley and then later in the 2021 76390 Harry Potter Advent Calendar will be available for a third time in 2022 in the most affordable option yet. An activity book showcased in the latest AMEET books catalogue is one of a few themed to the Wizarding World coming later this year with Harry’s Hogwarts Adventures coming with the minifigure of the boy wizard wearing his sand blue shirt from the first movie.

Also included with the minifigure as evidenced by provided images will be several accessories to represent his journey through Diagon Alley and over to Hogwarts. A small cake build references Hagrid’s birthday present to him with a candle sticking out of the top. A wand case brick is also included which can also only be found in Diagon Alley and 76390 Harry Potter Advent Calendar otherwise.

Rounding out the including accessories is a collectable Chocolate Frog trading card tile, matching the mixed variety that can be found throughout the LEGO Harry Potter 20th anniversary sets. The book might provide another option for those wanting to get the full set with the identity visible on the cover art, meaning you’ll know exactly which card you’re buying rather than having to risk blindly purchasing sets.

The AMEET catalogue states that the LEGO Harry Potter Harry’s Hogwarts Adventures book will be available in the third quarter of 2022 and include puzzles and other activities to test your skill.

The latest showcase of LEGO 2022 books also revealed that Jurassic World: Dominion will be getting at least two minifigures next year to tie into the movie.