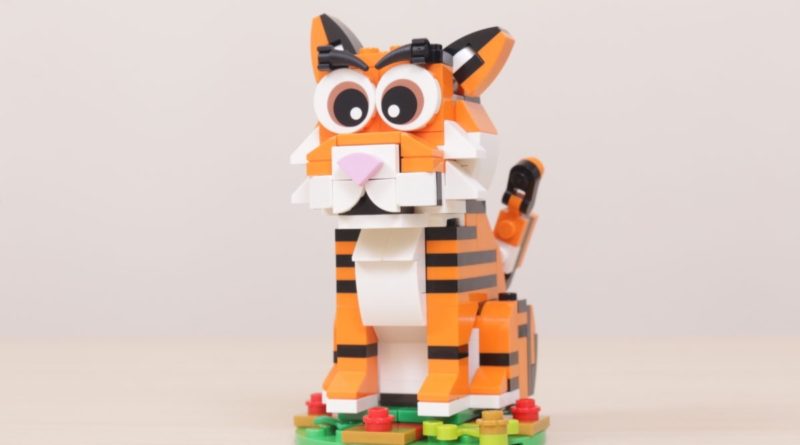 The LEGO Group has extended the availability period for one of its current gifts-with-purchase, which means you’ll be able to snag two freebies in a single order later this week.

40491 Year of the Tiger was originally intended to be free with orders above £85 / $85 / €85 through January 28, or while stocks last. It’s already disappeared in the US, but in the UK and Europe, it will now be available until February 6. And that means it should double up with 40532 Vintage Taxi, which is thought to be launching on Friday, January 28.

The spend threshold for that 18+ freebie is expected to be £200 / $200 / €200, so a single order of at least that amount should nab you both the taxi and the tiger in one fell swoop – at least in the UK and Europe. That’s good timing, given the LEGO Group finally seems to be getting a better handle on its inventory levels on this side of the pond.

While the LEGO Group has yet to formally reveal 40532 Vintage Taxi, you can check out images of the set from an early review here. Keep an eye on Brick Fanatics for our own review of the taxi – which is seemingly intended as an accompaniment to 10297 Boutique Hotel – very soon.

Meanwhile, click here for a closer look at 40491 Year of the Tiger, the latest Lunar New Year buildable animal. It’s a neat free gift, and one definitely worth grabbing alongside 40532 Vintage Taxi if you’ve got an expensive set on your wish list.

This month’s other gift-with-purchase – 30562 Monkie Kid’s Underwater Journey, which was free with Monkie Kid and NINJAGO orders above £40 / $40 / €40 – has already disappeared from LEGO.com across the UK, Europe and US.