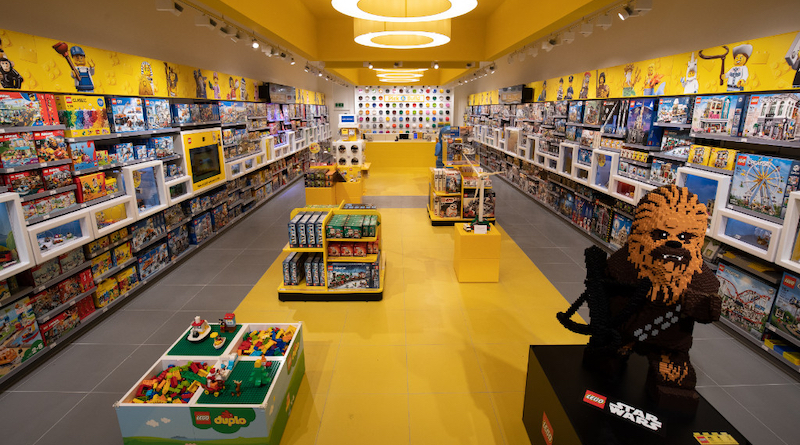 A big shift has occurred in the retail mix that the LEGO Group believes is key to future growth.

Yesterday saw the announcement of the LEGO Group’s first half financial results for 2019. The Financial Times, the UK’s largest financial newspaper, has focused on the increase in own brand stores in its reporting. It is noted in the broadsheet that a 40% increase in the number of LEGO Stores has been announced.

“We want to ensure that we stay really relevant even though there will be changes in the retail landscape. We still need kids to discover Lego. It’s about making sure we have the right access to kids,” Niels B Christiansen told the newspaper.

This extract from the article is also relevant:

Mr Christiansen said Lego was “investing heavily in e-commerce”, updating its online platforms and ensuring its VIP loyalty programme worked across its websites, including LEGOLAND, the theme park part-owned by its family owners.

The LEGO.com overhaul and new VIP scheme had a fairly quiet roll-out, but given that LEGO.com – a web address that is central to the entire brand – now takes users directly to a shop, it strongly suggests that the company is placing new importance on the role of direct-to-consumer ecommerce.

In the past, the LEGO Group has sought to play down the role of its own shopping website to allay the concerns of toy retailers. Pushing it more to the forefront of its efforts to sell products marks a shift in strategy for the company.