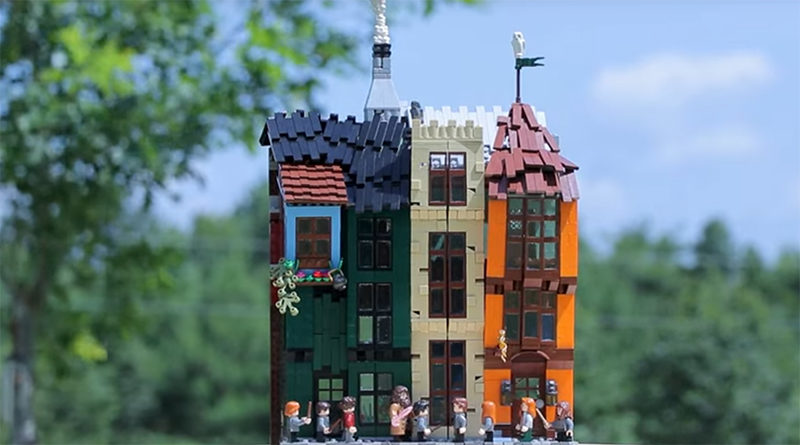 A LEGO fan has teamed up with other builders on YouTube to put together the ultimate Harry Potter Diagon Alley.

The LEGO Group recently launched Harry Potter 75978 Diagon Alley, a big impressive model that will satisfy most fans as being a detailed enough rendition of the bustling location. For one YouTuber and his collaborators though, Diagon Alley should be really, really big.

While Jack didn’t base his section of the build on a specific shop on Diagon Alley, he considered the aesthetic. “I did try and go after a very specific Diagon Alley style. I wanted to make sure I mastered the look you in the movies and when I went to Universal Studios in Florida.”

True to his word, the builder managed to capture the cramped, ramshackle style of the buildings found along Diagon Alley. The build, when compared to the official set, also demonstrates what that extra height can deliver.

A spotlight on specific techniques he has used will help to provide inspiration for budding builders, while the tour is just enjoyable as this MOC is packed with details.