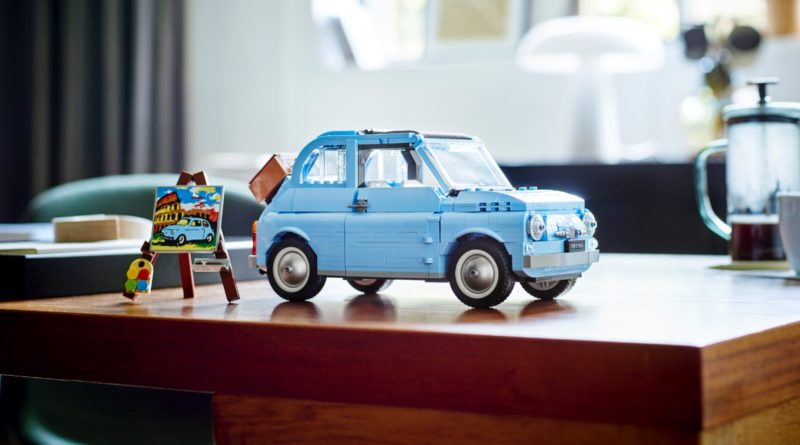 The LEGO Group has launched a new pilot program to trial variants of existing sets – here’s everything you need to know.

Announced last night, the new pilot program brings five variants of current Creator and CITY sets to market. That’s not the only big news that’s dropped today, though, so if you’ve understandably overlooked the specifics of this new venture, don’t worry: just scroll down to find all your burning questions already answered.

Why is the LEGO Group launching a new pilot program?

According to an official statement from the LEGO Group, the pilot is intended to help the company ‘gain a deeper understanding of what our fans want from our portfolio and where they prefer to shop for new or unique products’. It will do so through five new sets, all of which are variants of currently-available products.

What are the new LEGO sets in the pilot program?

Why were these sets specifically chosen for the program?

“We felt that they could give us the insights we were looking for,” she said. “[They’re] representative models of the products we have in the assortment, for both kids and adults, and [across] different sets – playsets and also a character model, like the dinosaur. So it’s giving us a good enough variety for us to learn as much as possible.”

Where can I buy the new LEGO sets in the pilot program?

Why is the pilot only happening in the UK?

According to Lena, the UK was chosen because it’s a ‘representative market’. “The way that the UK retail environment is structured, with these kinds of different retailers, is very representative of what we want to learn,” she told Brick Fanatics and other LEGO Fan Media. “This is about learning, so we chose a country in a region that would give us the most variables.”

How much do the recoloured and resized LEGO sets cost?

The recoloured versions of 10271 Fiat 500 and 31058 Mighty Dinosaurs match the original prices of those sets at £74.99 and £12.99 respectively. You can choose which colour you’d like when adding the set to your bag at LEGO.com.

How long will the new pilot run for?

The pilot will run from September 1 to November 30, so you’ve only got three months to pick up any of the five new variant models. Availability could run shorter or longer than that cut-off date, however, depending on demand – but once they’re gone, they’re gone.

Can I buy any of the sets outside the UK?

Just one: 77942 Fiat 500 can be purchased internationally from Zavvi, the exclusive third-party retailer of the light blue recolour of 10271 Fiat 500. The rest are only available through official LEGO channels in the UK, along with Smyths Toys and Tesco (availability between those two retailers varies by set).

What happens to any unsold LEGO sets after the end of the pilot?

Lena reassured Brick Fanatics that once November 30 rolls around, the LEGO Group and third-party retailers will continue to sell any remaining stock of the pilot sets – should there be any left, that is. The likelier scenario is that they all sell out long before then, although the LEGO Group hasn’t revealed production numbers.

Doesn’t this break the LEGO Group’s promise of no more regional exclusives?

Not exactly: that 2019 pledge came with caveats, including gifts-with-purchase, convention exclusives, and ‘pilot projects, such as Forma, to check out markets and opportunities without being able to make them widely available’. These sets fall very clearly under that latter definition.