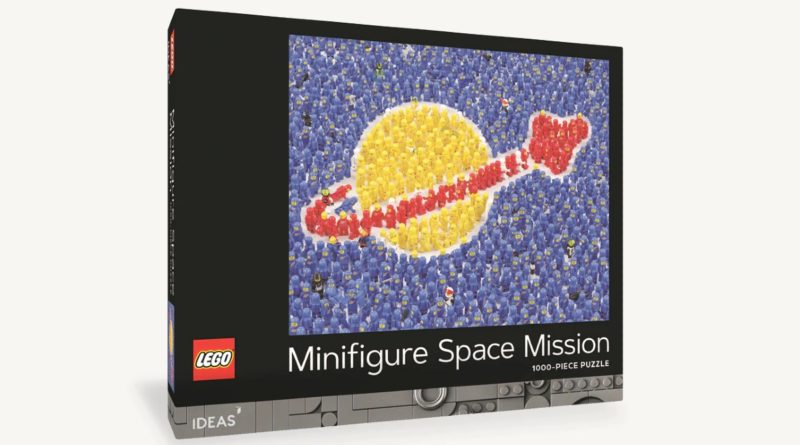 Back in May 2021, LEGO Ideas launched a new contest to find a design for a future Chronicle Books puzzle in partnership with the platform. Now, nearly one year later the final product will be landing on shelves.

It was determined in a fan vote that the puzzle would use the submission from user aido_k, which recreates the Classic Space logo using a space base worth of minifigure astronauts coloured blue, red and yellow. With 1,402 votes in the fan poll, it was the clear winner and will now be released as an official product in May 2022.

Specifically, you can expect to see the puzzle – named LEGO Ideas Minifigure Space Mission – available from May 24, almost one year after the contest started with a fan vote to select the categories.

The box art for the puzzle features the LEGO Ideas branding and the same brick-built banner at the bottom of the box as LEGO for Adults sets.