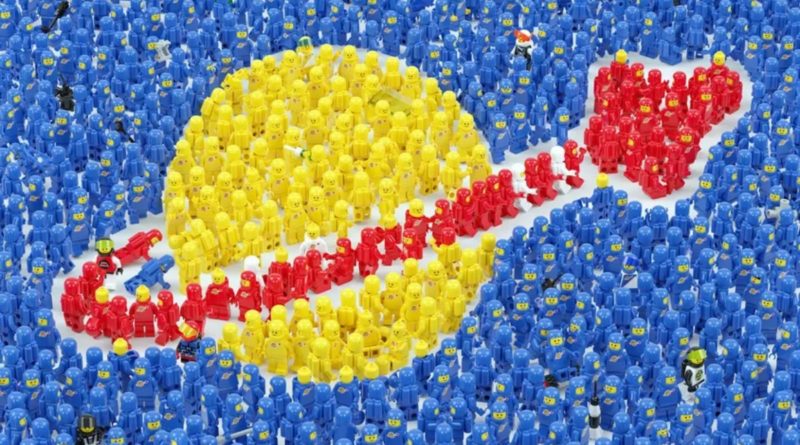 LEGO Ideas user aido_k’s artwork received a whopping 1,402 votes in the fan poll for Ideas’ puzzle contest – far and beyond the other three finalists – and has also found favour with the platform’s Puzzle Review Board. That means it will now be transformed into a 1,000-piece puzzle by Chronicle Books, the publisher behind a long line of LEGO puzzles.

A specific release date has yet to be confirmed, but LEGO Ideas has given a tentative window of May 2022 – along with a first look at an early mock-up for the packaging, which reveals the product’s final name of ‘Minifigure Space Mission’. Pricing is also still to be confirmed.

Head over to Chronicle Books to check out the company’s current range of LEGO products, including books, playing cards, wall calendars and even another Classic Space-themed puzzle, which is launching later this year.

Two more LEGO Ideas contests are currently underway: one in conjunction with the recently-released 21329 Fender Stratocaster (with a real Strat up for grabs), and one based around Unity’s LEGO Microgame platform, offering the chance to get your game installed in LEGO Store arcade cabinets around the world.