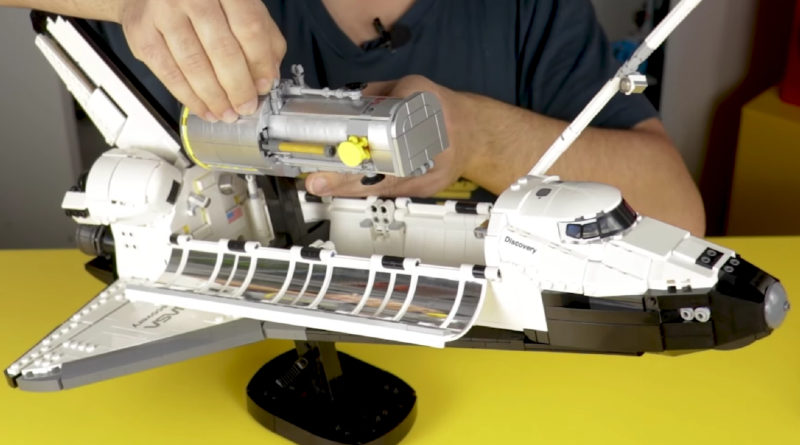 A new review is granting us the first look at the interstellar 18+ LEGO set, 10283 NASA Space Shuttle Discovery.

Brick Depot have received a copy of 10284 NASA Space Shuttle Discovery already and have released their review immediately following the reveal.

You can watch the video in full for yourself below, as every detail of the new 18+ model is explored, from the main shuttle to the additional Hubble Space Telescope build.

The review reveals that the build includes a combination of stickered and printed parts, as well as unveiling the crew quarters beneath the main cockpit area.

Brick Depot even provides a comparison to 92176 NASA Apollo Saturn V, where we can see that the newer model is at a different scale to the over 100cm-tall rocket, not too surprising but it is interesting to see the two placed together.

“As a LEGO fan and not just as a LEGO fan but a fan of space exploration and space technology, I feel very pampered.” says the YouTuber. “I feel like the LEGO Group was really stepping up their game when trying to please someone like me.”

You can support the work that Brick Fanatics does by ordering your LEGO using our affiliate links.