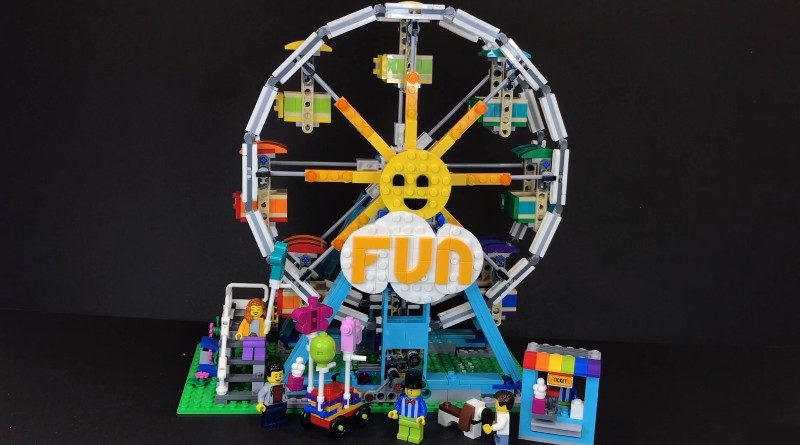 Another of this summer’s 2021 LEGO sets has been reviewed, giving us our first look at the fun of the fair in Creator 31119 Ferris Wheel.

Following on from the closer look at the first LEGO Castle in some time, SwiftBricks has returned with a sneak peek at what to expect in another of the summer 2021 Creator models, but only for the main build.

It’s not the first time the LEGO Group have depicted the iconic attraction, such as in the larger 10247 Ferris Wheel. However, this version is inarguably more affordable, while still retaining some charm and function.

The main build for 31119 Ferris Wheel is, you guessed it, a Ferris Wheel. It also comes with some side builds including a dog, ticket booth and balloon cart. As demonstrated by the YouTuber, the wheels on the latter even spin.

“I think it looks really, really cute and I’m a big fan of it,” commented SwiftBricks. “Actually, I was taken by surprise because I went in thinking that this would just be a LEGO Creator offer and ‘eh’ whatever, but in general it looks so, so cute.