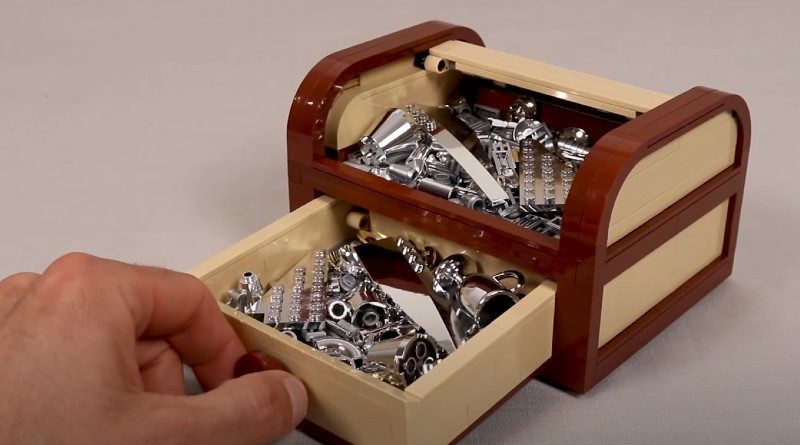 A builder has designed the perfect way to protect your most coveted LEGO bricks, and it comes with a stylish opening mechanism.

JK Brickworks on YouTube has designed a working LEGO tambour box, with a guide on the prototypes he went through and exactly how it works. The builder has been responsible for several creations before including a LEGO Ideas project and a suspended train.

A tambour box is a specific design that allows the top and bottom of the chest to be opened at once, with both sections accessible at the pull of a drawer. That mechanism has been faithfully recreated in this model and it also serves as a way for the Youtuber to show off their collection of Chrome bricks.

You can see the full video for yourself above, with the finished creation shown at the end of the building process. First, the YouTuber takes us through a tour of how he had the idea for the LEGO tambour Box.

The box isn’t just a clever way to store your valuables though, as the builder showcases how it can be retrofitted with scenes, such as an oceanic diorama with a world of treasure and ruins beneath the waves. Hopefully, JK Brickworks can return to motorise the upcoming 76394 Fawkes, Dumbledore’s Phoenix, like he did with Harry Potter 75979 Hedwig.