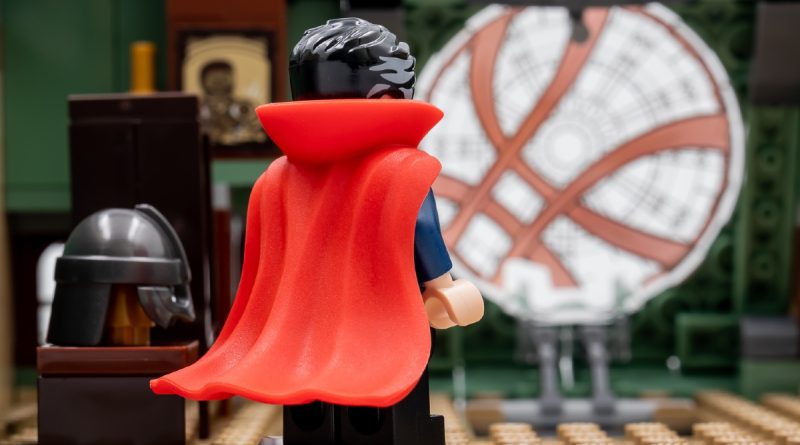 The newest sort-of-addition to the Modular Buildings Collection is just weeks away from landing on shelves, and reviews of LEGO Marvel 76218 Sanctum Sanctorum are now starting to appear online.

While it’s obviously branded under the Marvel banner and depicts a building from the MCU, 76218 Sanctum Sanctorum is designed entirely within the framework of the LEGO Group’s in-house modular buildings, like 10270 Bookshop, 10278 Police Station and 10297 Boutique Hotel. That means it should slot instantly into any LEGO modular street, in the same way as last summer’s 76178 Daily Bugle.

We’re looking at some seriously wide appeal for 76218 Sanctum Sanctorum, then – on paper, anyway. But how does the 2,708-piece, three-storey building stack up in bricks? Is this a set that you’ll actually want to add to your city, and can it deliver for superhero fans with no interest in modular buildings? These are the questions we’ve had since the set was first revealed at LEGO CON.

Fortunately, the first reviews of 76218 Sanctum Sanctorum have now landed online, giving us some insight into whether the set can deliver on all it promises – to both Marvel and modular fans alike. (And, if you find yourself in the centre of that Venn diagram, whether this really will be one of your stand-out sets of the year when it arrives in August.)

Hoth Bricks is among the LEGO Fan Media publishing early reviews of 76218 Sanctum Sanctorum, showcasing all three separable stories of the grey, sand green and nougat building – along with their incredibly-detailed interiors, which are full of references to the Marvel Cinematic Universe; customisable wall sections, which can be removed and reconfigured across the floors; and the set’s nine-strong minifigure line-up.

It all adds up to a set that seems to have a lot going for it, and that’s apparently how it bears out in the build, too. “I think this product is generally very convincing, with a construction that will provide a good dose of fun to fans of the Marvel universe thanks to the many references and winks scattered throughout the floors,” Hoth Bricks says. “That will allow all those like me who are not fans of modulars to taste [them] for once.”