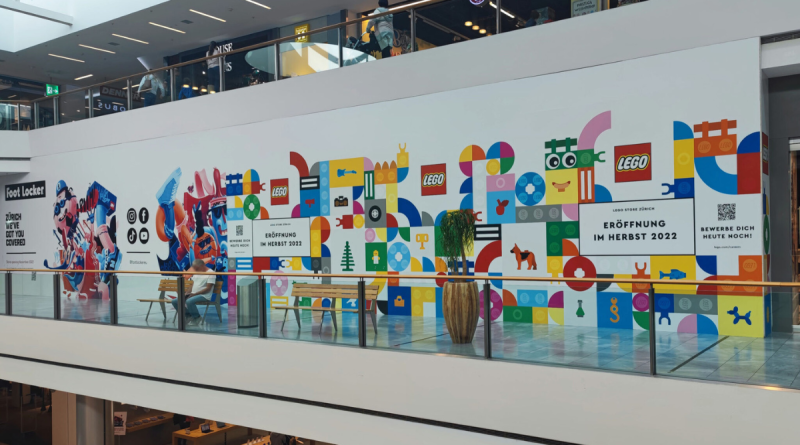 Switzerland is to get its very first official LEGO store as part of the LEGO Group’s continued push to reach more of the German-speaking market.

First announced back in June of this year, the first Swiss LEGO store now has got an opening date of November 24, according to Zusammengebaut. The new retail location will be in the Glatt shopping centre, just outside the city centre of Zurich in an area called Wallisellen.

The LEGO Group promises ‘a host of highlights’ throughout the 240-square metre store, including a LEGO Pick a Brick wall and monthly events for visitors of all ages to try. This opening underlines the LEGO Group’s ongoing commitment to expand in the DACH region (Germany, Austria, and Switzerland), also reflected in the new LEGO store opening in Munich becoming the biggest in Germany.

“Physical retail offers our fans both young and old the opportunity to experience our products and brand in person and in a special way and to receive qualified, personal advice,” Karen Pascha-Gladyshev, Managing Director of LEGO GmbH responsible for the German, Austrian, and Swiss markets. “Therefore, we are very excited to now be present in the Zurich area with our first and by our fans long-awaited Swiss LEGO Store.”

There’s no word yet on whether the store opening will be commemorated with any special bricks or sets, but we’ll keep our eyes peeled for any news from the new Swiss LEGO Store in the coming weeks.

Support the work that Brick Fanatics does by buying your LEGO sets using our affiliate links. Thank you!

2 thoughts on “First Swiss LEGO store to open in Zurich”