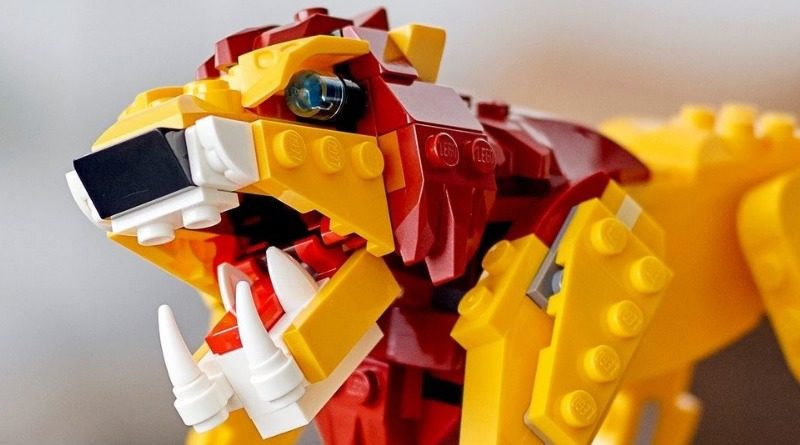 Brick Fanatics picks out five brand new LEGO sets that might have passed you by in the frenzy of 2021 releases.

January 1 is an enormous day in the LEGO calendar, marking the launch of dozens of new sets across themes like Star Wars, CITY, NINJAGO, Super Mario, Friends and Art. But with so many new products to browse through, you’d be forgiven for overlooking a few hidden gems. Don’t worry: Brick Fanatics is here to help, with five brand new LEGO sets you definitely shouldn’t ignore in 2021.

CITY is moving into civilian life for 2021, and that means plenty of everyday vehicles to populate its new road plate system. 60305 Car Transporter might look pretty simple, but we’re loving its understated white and green colour scheme, which contrasts really nicely with that striking black and orange car. Best of all, it’s built to accommodate cars six studs wide, making it the perfect transporter for your pre-2020 Speed Champions collection.

2020 brought us 41426 Heartlake City Park Café, but we’ve had to wait for 2021 for the actual park it sits in. 41447 Heartlake City Park already looks like one of the highlights of the latest wave of LEGO Friends sets, building a slice of park life with two trees, a bridge, a gazebo (complete with dancefloor), a swan boat, and a kite – all themed around a birthday party, including a cake and piñata. There’s a lot going on for just £34.99 / $39.99, and it should pair nicely with last year’s café.

Next to the powerhouse themes of CITY, Marvel, NINJAGO and Star Wars, Creator 3-in-1 can often fall by the wayside. But you’d be doing one of the LEGO Group’s most creative themes a real disservice to ignore it in 2021, as it’s serving up some of the best sets we’ve seen in years – and at prices that won’t break the bank.

31112 Wild Lion is just £14.99 / $14.99, for instance, and even includes a tiny brick-built vulture and rack of ribs. And when you’re bored of the King of the Jungle (or as it should probably be known here, the King of the Savannah), you can always rebuild it into a giraffe, warthog, or whatever else its 224 bricks inspire you to come up with.

Okay, this is technically two sets, but we just couldn’t choose between these fierce Technic sets. At just £17.99 / $19.99 apiece, they both offer a cheap entry point into the LEGO Group’s most complex theme, without shying away from the functionality it’s known for – even if that does just amount to a pullback motor here.

Okay, so you’ve probably seen the latest series of Collectible Minifigures. But you could very easily have forgotten about them, because while the other series that launch throughout the year typically enjoy their own dedicated release window, 71029 Series 21 has to contend with all the other new sets launching alongside it.

The new batch of characters slims down from 16 to 12, but looks no less impressive for that fact, so you might want to add one (or 12) to your next LEGO.com order.

For the full list of every brand new LEGO 2021 set that’s just gone live on LEGO.com, click here. You can support the work of Brick Fanatics by ordering these and any other sets using our affiliate links.