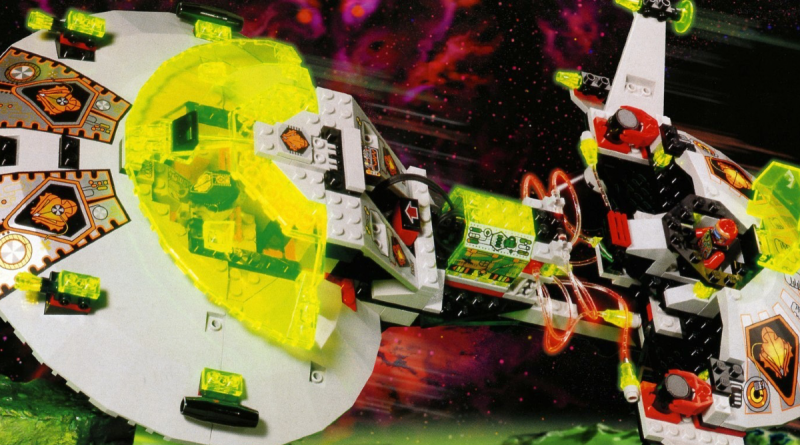 The 90th anniversary LEGO celebrations have encouraged us to remember some sets that have been largely forgotten.

The LEGO Group is now officially 90 years old, marking an impressive milestone for the beloved toy maker. The company’s success has seen hundreds of different LEGO sets hit store shelves, and thousands of LEGO fans enjoying the toys in their homes and workplaces.

While the LEGO Group has sought to honour its past with the likes of 10305 Lion Knights’ Castle, 90 years of business means a fair few false starts and dead ends. That’s why we’ve decided to round up five sets that – for better or worse – show how far LEGO has come as a toy over the last few years.

This 1994 Town set is a charming example of that era’s design traits. But it also commits an unforgivable sin; placing stickers across multiple LEGO bricks. This occurs on both the pizzeria sign and the decals on the delivery truck, limiting the use of the pieces afterwards.

Fortunately, today’s LEGO sets focus on printed pieces – or apply stickers on one LEGO element at a time.

This 1997 set was released as part of the UFO theme, and features an extravagant alien spaceship. It stands apart for its use of fiber-optic cables, which are threaded through the ship’s midsection and illuminate in sequence.

While it’s rather impressive in motion, the fiber optic components were reportedly very expensive – and as such, they only saw very limited use. The set also uses a quartet of loose magnets to hold a smaller ship onto the big one. Such magnets are reportedly a health hazard, and have thus vanished from modern sets.

Furthermore, we no longer see this kind of dedicated sci-fi LEGO theme going forward. Modern-day LEGO sets are more realistic in their depiction of space exploration, with more fantastical takes reserved for Star Wars – or the odd set in the Creator 3-in-1 line.

This model appeared in 2001 as part of the infamous Jack Stone theme. While police stations are popular in LEGO sets, this set’s barebones design and large, pre-fabricated pieces make it one of the weakest examples ever produced. This design philosophy was something the LEGO Group actively rebelled against in the mid-‘00s – and the large figures present here didn’t fare too well, either.

Okay, we have just gotten a new Castle set. But 10305 Lion Knights’ Castle is far more ambitious – and expensive – than its predecessors. It also takes its cues from the very earliest days of the theme rather than its less beloved middle period.

With castles largely out of vogue in the LEGO lineup, it seems likely that this kind of new, mid-range LEGO Castle model (released in 2011) may have ridden off into the sunset.

Hidden Side was one of the LEGO Group’s more memorable play themes in recent years. Launched in 2019 it offered an own-brand take on Ghostbusters, with some great architectural styling and some innovative augmented reality gameplay. Sadly this latter component doesn’t seem to have been too popular, as both this theme and its successor – LEGO VIDIYO – ended prematurely.

While LEGO themes like LEGO CITY and LEGO Super Mario have sought to marry LEGO sets and modern technology, it appears this particular tech is safely buried for the time being.

If you’d like to learn more about the LEGO Group’s 90th anniversary celebrations, our review of 10497 Galaxy Explorer – a rare sci-fi throwback – may be a good starting point.