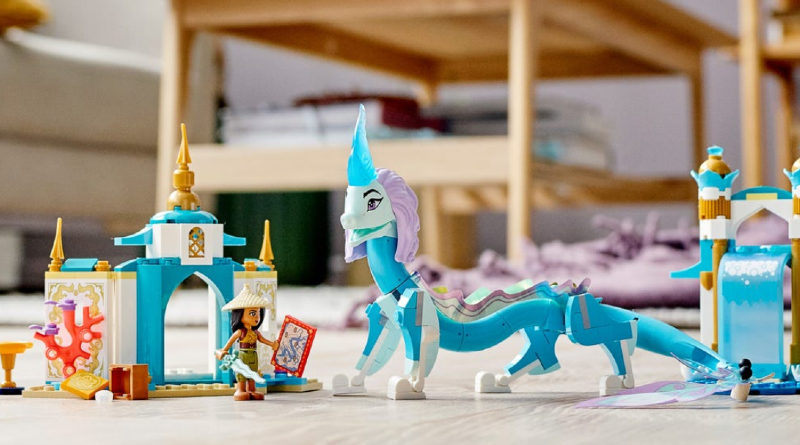 With so many sets due to release this month, it can be easy for some to pass you by, so Brick Fanatics is picking five LEGO sets you may have missed in the March frenzy.

The LEGO Group has chosen to split its January wave of sets into two separate launches worldwide, with hundreds of new sets launched at the start of the year, and many more now available. Because of this, some themes such as Monkie Kid and Brick Sketches are only now receiving their first 2021 models, but that just means another wave of releases for us to collect.

With that in mind, here are five LEGO sets that you may have unwillingly overlooked among the numerous new builds releasing today.

LEGO accessory packs are always exciting, usually coming with exclusive minifigures at a very affordable price. Monkie Kid is now getting that treatment with it’s most accessible set to date. Not only does 40482 Monkie Kid’s RC Race bring back everyone’s favourite character, Bull Clone Bob, but it includes exclusive torso designs that might find some use in other racing displays. Plus, the miniature models of 80011 Red Son’s Inferno Truck and 80015 Monkie Kid’s Cloud Roadster are rather adorable.

LEGO BrickHeadz began the year by introducing new models for the furry companions in our lives. BrickHeadz Pets was a new subtheme catered towards animal-lovers and kicked off the collection with a set for a Dog and a Cat. Thankfully, this collection is now expanding with two more feathered and finned friends. 40442 Goldfish and 40443 Budgie will be added to the subtheme this month and as you can see in our review, the fishy form has a certain charm to it.

If one Collectable Minifigures Series wasn’t enough for you, then 43101 Bandmates is here to rock your world, literally. LEGO VIDIYO is an all-new theme that releases this month, with one of the seven sets providing more unique parts and accessories for minifigures. The Bandmates include a series of minifigures and BeatBits – printed tiles for use in the VIDIYO app. You’ll get the most use out of these if you download the accompanying software, but even without it, they present a plethora of new and interesting pieces. Just be aware that these minifigures are boxed, adding even more mystery than the standard Collectable Minifigures Series.

Another release this month comes in the form of Disney’s latest animated movie with Raya and the Last Dragon to hit theatres and Disney+ early in the month. Of course, the LEGO Group isn’t one to shy away from the movie and is producing three sets alongside it. While the prices for them may be high, several new and interesting pieces are introduced, such as the hair and straw hat piece or the twisted blade brick. One way to commemorate the movie, while scoring a number of the new pieces is via 43184 Raya and Sisu Dragon which includes two of the main characters as well as some temple side builds.

Before today, LEGO Brick Sketches only encompassed five sets for Star Wars and DC. However, the fan-creation-turned-official-theme has been expanded as of today with two new sets based on the most popular mouse duo. 40456 Mickey Mouse is one of the pair of models that continue the theme in 2021, with the iconic Disney character portrayed in a 2.5D style. While it might not be for everyone, those obsessed with the House of Mouse might not find a better set to display around the home, as you can read in our review.

To see more on every set that releases today, click here and don’t forget you can support the site by making any purchase through one of our affiliate links, at no extra cost to you.