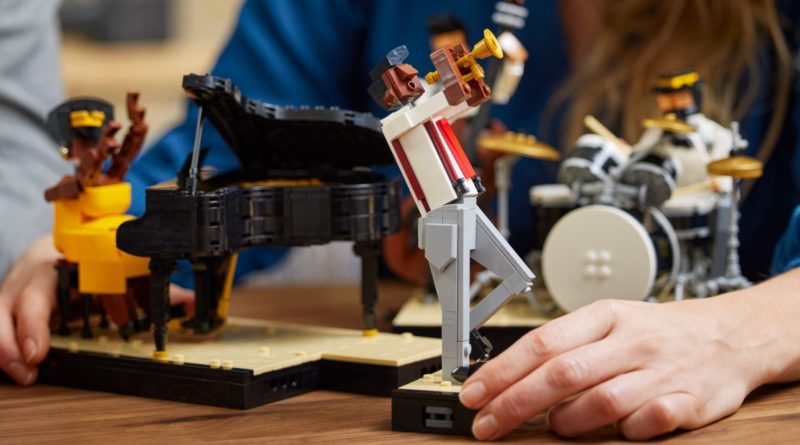 Music has become an important part of the modern portfolio of LEGO sets, with LEGO Ideas being a popular theme for brick-built instruments.

With the reveal of 21334 Jazz Quartet, LEGO Ideas now features three models inspired by instruments, making up a portion of the music-based LEGO models currently available.

To commemorate the unveiling of the latest build in this range, here are five of the most recent musical sets.

21323 Grand Piano isn’t inspired by music but with the help of the Powered Up app, it can play music by too. By using a variety of electronic elements combined with the app, you can even command it to self-play while you admire the inner workings of this functional creation.

The entirety of LEGO VIDIYO could fit into this slot on the list, though we’ve picked 43115 The Boombox for how it interprets a modern piece of musical history that was more focused on play than display, able to fold out into a stage for four minifigures to perform on. The set won’t be available for much longer and is currently discounted by 30% on LEGO.com.

Also from LEGO Ideas, 21329 Fender Stratocaster is another brick-built instrument much like 21323 Grand Piano, recreating the iconic guitar with a variety of additional elements to customise it. These include a sticker of the Fender logo depicted in bricks, a fabric strap, a black base to switch out the red variant, an amp and even guitar picks.

LEGO BrickHeadz is also home to a music model thanks to 40548 Spice Girls Tribute. The five members of the band are included as brick-built caricatures in this set with two microphones on stands to set up a miniature performance.

Launching on July 1, 2022, 21334 Jazz Quartet is the latest musical model and the third from LEGO Ideas, including instruments both familiar and not to being brick-built, including a smaller grand piano, trumpet, jazz drum and double bass. Each has a musician to play them to be posed individually or as part of the quartet.