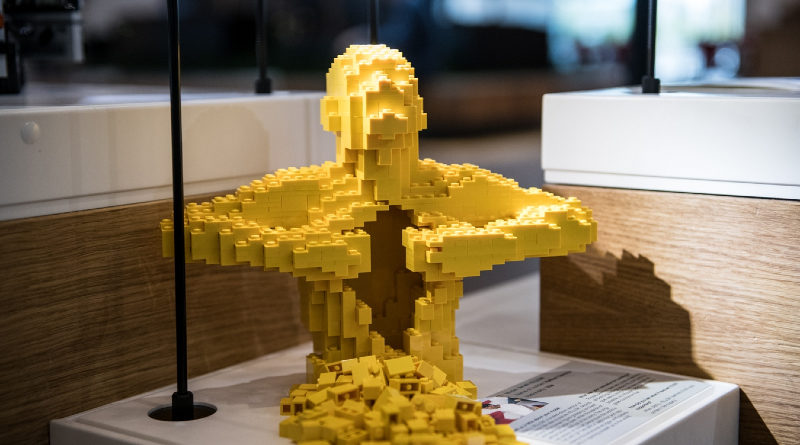 BrickLink is currently floating the idea of producing rejected LEGO Ideas projects, so here’s five we’d buy in a heartbeat.

LEGO Ideas has been home to some incredible builds from fans, whether based on an IP or a wholly original creation. And what better place to tackle the task of realising these amazing builds than the popular secondary marketplace?

Here are five rejected LEGO Ideas projects that we’d love to see BrickLink produce. As a note, all projects considered for this list were only those where the build was made in real life. Any using Digital Designer or similar tools were unfortunately not considered. This was to make sure that they could be released on BrickLink with already existing parts.

Originally submitted by LEGO Artist Nathan Sawaya, this miniature build of the famous sculpture would be simple and easy for BrickLink to tackle, at least in terms of parts.

The build consists of only yellow bricks, but recreates a powerful pose from the sculpture. It would make the perfect piece of art to display around the home.

The build even features a few hidden details including a genius build for an Easter Island head, a long lost scuba helmet, and plenty of kinetic sea life.

This build of the loveable alien experiment was sadly rejected by the LEGO Group. Thankfully, fans were at least treated to a minifigure of the Disney character. Now, perhaps fans can have the chance to build their own Stitch with Legohaulic’s fantastic model.

The buildable Stich figure include multiple points of articulation, perfect for pulling off any poses for the camera. Fans might even want to experiment with Stitch and add his optional extra arms and antennae. And of course, this adorable build would look perfect aside the Stitch minifigure.

Older fans are sure to recognise this build, depicting the iconic Johnny Five from the Short Circuit movies. This build almost has as much personality as the 80’s robot, with plenty of poseability.

The project designer PepaQuin makes use of some interesting pieces for the build, including droid torsos, treads and dumbbell eyes. Johnny Five was certainly feeling a little less alive after the project rejection, but maybe BrickLink could be his new home.

Another kinetic sculpture tops this list, with JK Brickworks’ Pursuit of Flight. Fans may recognise that name, as Jason Allemann has plenty of kinetic models under his belt.

The build features two planes tilting side to side as they chase each other above a microscale landscape. Plenty of interesting techniques have been used in the model, such as white leaf pieces to give the clouds a base. This project would make a fantastic display model for any desk. Fans can only hope that it can finally take off on BrickLink.