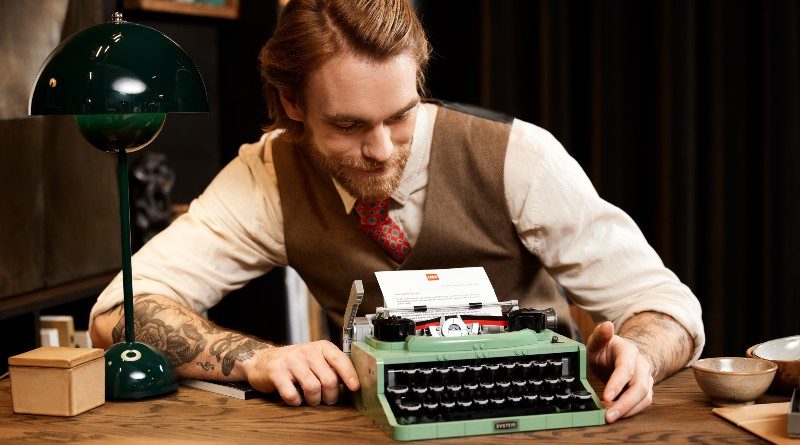 The wide release of the new LEGO Ideas 21327 Typewriter is just around the corner so we’ve gathered the facts you need to know about the latest fan-designed set.

Whether or not you intend to purchase 21327 Typewriter on release day, you can’t deny that it’s a mechanical marvel for the LEGO Group, seamlessly combining Technic and System in ways never seen before.

Through interviews with the designers, our own discoveries and the accompanying in-depth video, here are five things you need to know about LEGO Ideas 21327 Typewriter.

Building a LEGO set can be an experience in itself, but very few have also featured a handwritten (or typed in this case) letter from the LEGO Group’s fourth-generation owner, Thomas Kirk Kristiansen. The note comes in a variety of languages in a separate booklet, so no need to worry if English isn’t your preferred language.

10184 Town Plan also included a similar letter from previous owner Kjeld Kirk Kristiansen, giving you even more reason to pick up both sets to complete the collection.

One of the biggest changes in 21327 Typewriter didn’t come from the mechanism, but the colour of the final model. The original fan-submitted design was pictured as grey, but the LEGO designers saw this as an issue for a very specific reason.

To better fit the intended time period of the LEGO Ideas build, the end product was painted sand green, with the rustic and natural colour lending itself well to the aged feel of the device, without standing out too much.

Like all LEGO Ideas sets, 21327 Typewriter’s development heavily involved the original fan designer, Steve Guinness. To further include the builder in the design process, a niche reference can be found on the back of the model.

As you can see in the image above, the serial number for the typewriter is a specific order of numbers and letters that references a chosen phrase from Steve Guinness, his initials and birthday. It all combines to make the new set even more personal to the fan designer.

As explained in the designer video, 21327 Typewriter also includes several exciting elements for builders to dig into from a new textile to represent the red and black ink before it’s pressed against the page to plenty of sand green bricks.

Also making a rare appearance in the set is the one stud wide piece with room for a Technic crossbar, a useful piece for perfectly aligning your subassemblies into a System model, or just for decoration.

When we first saw the initial images of 21327 Typewriter, the sight of those individual keys no doubt astounded and worried builders for how many stickers would need to be applied. Thankfully, no stickers are required for the keys.

As revealed on the official online store, 21327 Typewriter will only feature printed pieces for designs for the keys, and only two stickers otherwise. We’ve no doubt that builders will find all sorts of creative ways to use the lettered designs in the model, but having them printed makes them that much more useful.