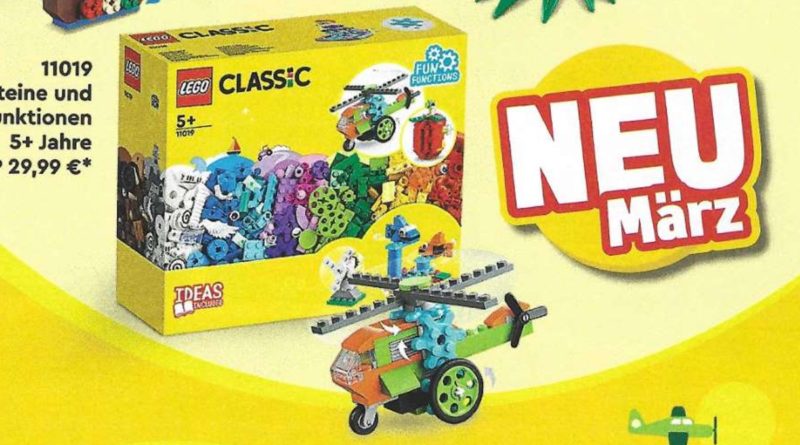 The LEGO Group’s ongoing theme of brick-filled boxes has had three 2022 models revealed including one that will explore functions and features.

LEGO Classic is continuing to offer simple but creative collections of bricks in 2022 with three more models in the theme, all based on a different topic from monsters to under and above the sea. StoneWars shared the high-quality images of the German catalogue that revealed the three sets, as well as some for Harry Potter, CITY and more.

Due to the catalogue being German, the names may not be completely accurate as details may have been lost in translation. 11017 Creative Monsters will cost €9.99 and includes everything you need to a menagerie of monstrous beasts using leaves, horns, and more pieces in a variety of colours.

11018 Creative Sea Fun turns the focus towards the water with a cost of €19.99 and a displayed model of a Viking longboat. Of course, you can use the provided pieces to build anything you want but the name suggests that the included ideas will depict seafaring vessels and creatures.

The largest of the trio is 11019 Building Blocks and Functions, acting as the most kinetic set in the theme for 2022 with models and bricks that will allow you to explore the various play features that populate other LEGO sets and how they come to life with newer pieces, such as the light blue cogs featured in the green helicopter.

The German consumer catalogue also revealed the first look at upcoming builds for Friends, Technic and NINJAGO, all of which are due to launch in March 2022 in Germany alongside the three LEGO Classic creations.