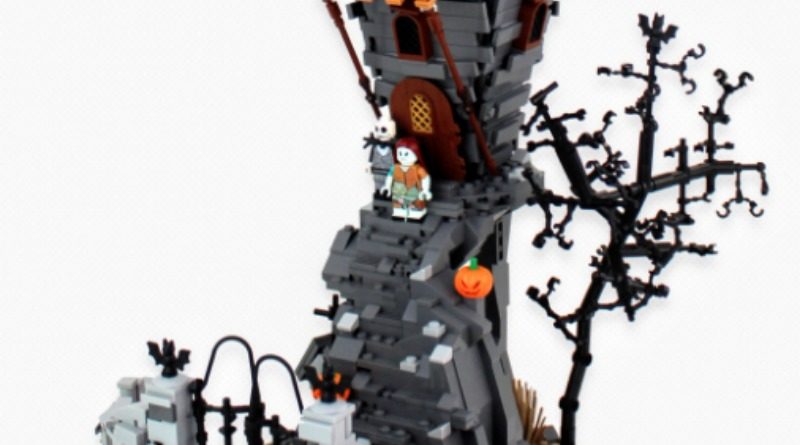 It’s the spookiest time of the year, and one LEGO builder is celebrating with an astonishing The Nightmare Before Christmas build.

If you’re not feeling Halloween this year – and given current circumstances, that’s entirely understandable – redditor TheDarkonaut might be able to help. Their incredible tribute to Tim Burton’s cult dark fantasy film is enough to get anyone in the Halloween spirit.

The enormous model depicts Jack Skellington’s gravity-defying house from the 1993 movie. The Jack Skellington and Sally minifigures from 71024 Disney Series 2 stand front and centre, but they’re really just the finishing touch on this towering LEGO creation.

According to TheDarkonaut, no Kragle was required for their build to stay upright. Instead, it’s supported by a Technic beam that sits at the centre of the four different sections that comprise the model.

Jack Skellington’s house is the crowning achievement in the talented builder’s Halloween display, which also incorporates some of the LEGO Group’s own spooky sets. Among the mix are LEGO Creator Expert 10273 Haunted House, LEGO Harry Potter 75947 Hagrid’s Hut: Buckbeak’s Rescue, and half of LEGO Stranger Things 75810 The Upside Down.

Check out TheDarkonaut’s Imgur album for a closer look at their impressive build, including a video of it rotating on a Lazy Susan. And if you fancy building your own Halloween display for next year, head over to LEGO.com to grab its current range of seasonal sets. You can support us by doing so using our affiliate links.