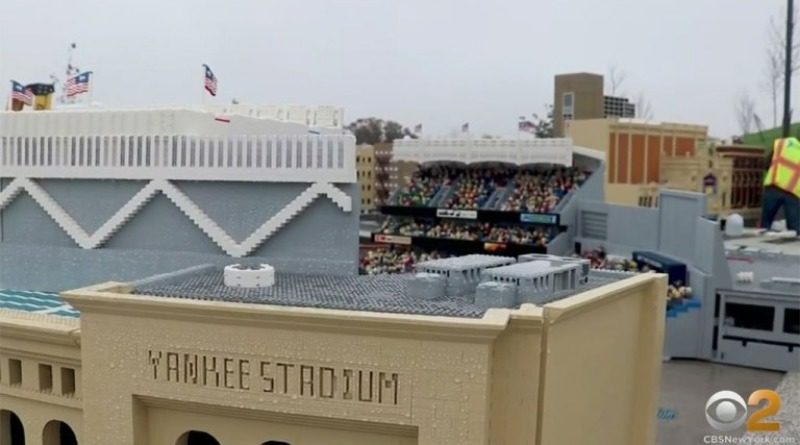 Construction of LEGOLAND New York is well underway, and we now have our first look behind the scenes of the new park.

CBSNewYork‘s Tony Aiello visited the Orange County attraction earlier this week, ahead of its planned opening in 2021. The park was originally slated to open on July 4, 2020, coinciding with Independence Day. The pandemic put paid to those plans, though, delaying construction and – in turn – the opening date.

Construction has now resumed, and the park’s management team are confident they’ll be able to greet guests next year. “Even with all the challenges that everyone has faced this year… we’re really expecting to welcome tons of people when we open up in 2021,” LEGOLAND New York’s Matt Besterman told CBSNewYork.

The sprawling new park will contain seven different lands, 15,000 LEGO models and use 30 million LEGO bricks. It’s set across 150 acres in Orange County, and will follow other LEGOLAND Resorts with an accompanying hotel.

“It takes our master model builders years to design and build these,” Besterman said. “You’re talking hundreds of thousands of LEGO bricks, and it really is all the same LEGO bricks that you would build with. It’s all human hands that do it.”

The park’s Miniland area will also include New York landmarks like Yankee Stadium and the Goshen Historic Track. And much is being made of its economic benefits in a post-pandemic landscape, because LEGOLAND New York is set to employ 1,000 people when it opens next year.

The coronavirus pandemic has severely impacted LEGOLAND parks around the world. LEGOLAND Germany is set to end its 2020 season early tomorrow, ahead of a nationwide lockdown on Monday. LEGOLAND California is still closed, meanwhile – though the US’s other park, LEGOLAND Florida, is open as normal.

In the home of the brick, the original LEGOLAND Billund has extended its season to include two extra weekends in November. And LEGOLAND Windsor is currently running reduced hours through January, though whispers of a UK national lockdown may soon put an end to even that.