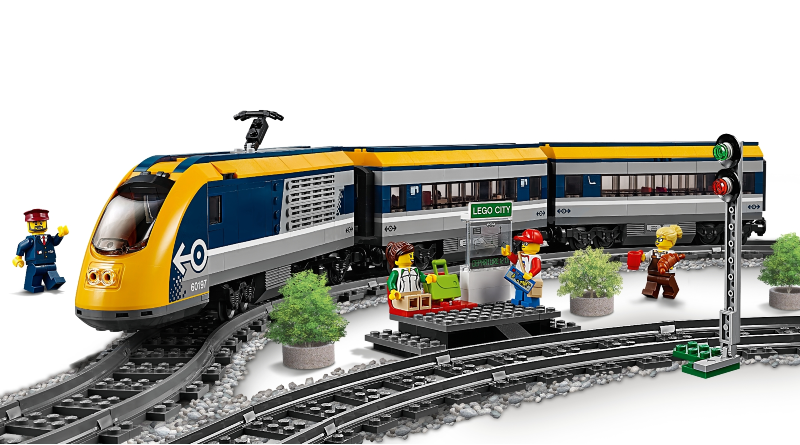 Builders who want to run a LEGO railway throughout their home, but are worried about getting around amidst the trains might finally have a solution.

It’s not a problem that we imagine affects many fans, but to those that it does it must quite a conundrum to overcome. The gap between the counter and the island in your kitchen looks like the perfect chasm for your LEGO trains to cross but you’ve no idea how to continue your life whilst they transport minifigures around the house.

Well Reddit user Chris_like_this has worked out a way fix this challenging issue in an almost fully-automatic fashion.

The solution they present is demonstrated in the video above and involves using hydraulics to extend a bridge with attached LEGO tracks upwards, bridging the gap between two sections of the railway.

The pressure within the hydraulics is just enough to support a train but weak enough to be pushed down with some force, meaning the builder can waltz right through in the knowledge that the mechanism will reset itself.

This bridge is just a small part of a project dubbed the ultimate LEGO train, which sees the track stretch throughout the builder’s abode with sets such as 60197 Passenger Train ready to take minifigures on a tour. It’s easy to imagine the possibilities that could come with such a setup, not to mention the time it would take to clean it all up.