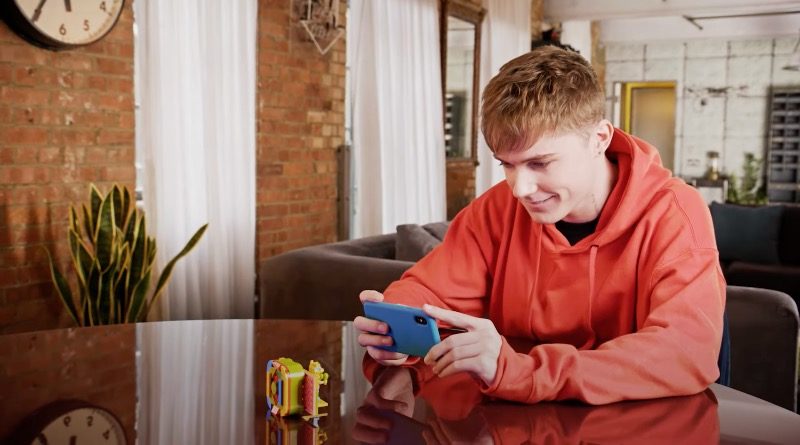 The LEGO Group has collaborated with HRVY and Sophie Ellis-Bextor for its latest LEGO VIDIYO promo.

It’s part of a campaign in which the company attempts to coin the acronym FOCO – or ‘finders of creative opportunities’ – to combat the much more widely-known FOMO (fear of missing out, if you’ve missed out on that one).

LEGO VIDIYO has already teamed up with one high-profile artist in Ne-Yo (for the fictitious artist L.L.A.M.A’s debut single Shake), but it’s now recruited the talents of singer and Strictly Come Dancing finalist HRVY and singer Sophie Ellis-Bextor for its latest initiative to promote the new launch.

You can watch HRVY get to grips with the augmented-reality theme by hitting play on the high-energy video below. The artist’s track Good Vibes – produced in collaboration with Norwegian DJ Matoma – is one of a handful of Universal Music songs available within the LEGO VIDIYO app, and forms the basis of this promo to launch the #VIDIYOVibes campaign.

The LEGO Group has also indulged in its favourite activity of commissioning a study to back up its campaign, concluding that kids have been getting more creative while stuck at home for the past year. Nearly half have indulged in new hobbies, with 40% taking up baking, and 29% turning to LEGO bricks. (Take note, flour industry.)

“My kids truly are Finders of Creative Opportunities,” said Ellis-Bextor, who spent last year’s lockdown building 70620 NINJAGO City. “They haven’t just been using music to express themselves, but also doing so through dancing, playing games and apps. It’s really important to me that they have these outlets and can explore their individuality and I love that the VIDIYO app and this campaign gives them a safe platform in which to do that.”

The campaign is structured around encouraging LEGO VIDIYO users to share ‘100,000 minutes of FOCO via a pass-it-on social media movement’, though it’s worth remembering that you can only publish your music videos within the app itself at the moment. (Note that HRVY is pretty vague about how exactly he’s planning to share his clip with his mum in the video above.)

If you’d rather just get to grips with VIDIYO for yourself, you can pick up the full launch wave from LEGO.com right now, including 43101 Bandmates and all six BeatBoxes.