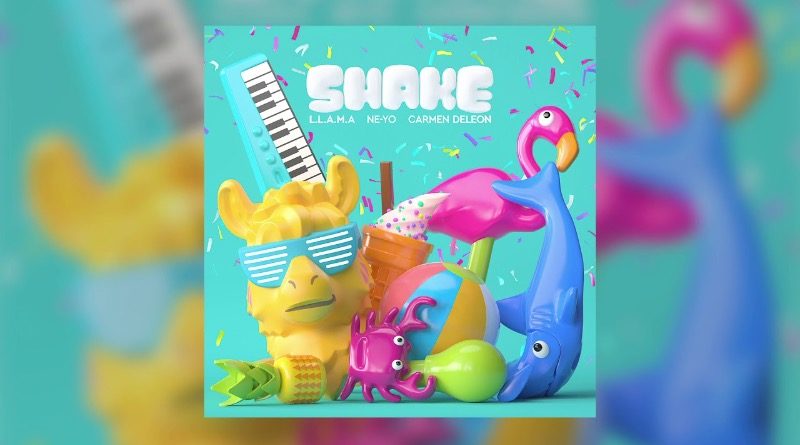 There’s also a music video for the two-minute, 44-second track that sees Ne-Yo, newcomer Carmen DeLeon and the human version of 43105 Party Llama BeatBox’s minifigure soaring through the clouds. Oh, and that distinctive llama piñata makes another appearance, too…

Hit play on the video above to watch the music video, then enjoy spending the rest of the day trying to get the song out of your head. ‘Shake’ is also available to listen to via Spotify, Apple Music, TIDAL and basically every streaming service under the sun.

This won’t be L.L.A.M.A’s only track, as the artist has apparently signed a global record deal with Universal Music Group, the label that the LEGO Group has partnered with to launch LEGO VIDIYO. We expect that record deal to last exactly as long as the two companies deem it necessary to promote the new augmented-reality theme, which feels like a pretty fair reflection of how the mainstream music industry operates.

The first wave of LEGO VIDIYO BeatBoxes and Bandmates will launch on March 1. You can find out more about the theme by clicking here.