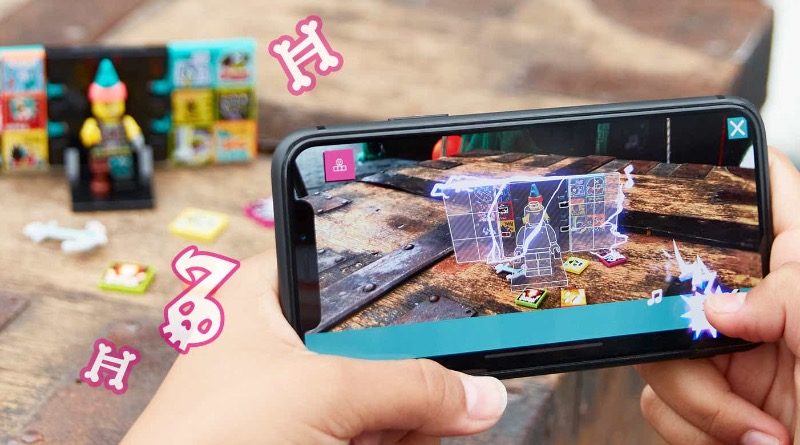 An early look at the LEGO VIDIYO sets has revealed that you can’t save and share your music videos beyond the confines of the tie-in app.

YouTuber Solid Brix Studios has shared a first glimpse at the upcoming augmented-reality theme, which will arrive in stores and at LEGO.com on March 1. And he’s picked up on what may be a major source of frustration for fans: the content created in the app is locked into the LEGO VIDIYO platform.

That means you won’t be able to post your music videos on social media, text them to your friends or even just save them to your phone. The only way to show them off to other people is either in-person (which doesn’t seem particularly helpful in the middle of a pandemic), or by uploading them to the app’s own moderated sharing feed.

The logic behind that decision is pretty obvious: keeping kids safe online is hugely important, so connecting the LEGO VIDIYO app directly to social media platforms is obviously off the table. But that doesn’t explain why the videos can’t be downloaded to your device, allowing older fans to share them using Facebook or Twitter’s native apps, or younger fans to send them to their friends and family.

Just as it is for David at Solid Brix Studios, the inability to share content beyond the LEGO VIDIYO app may be a dealbreaker for many. But that doesn’t mean there aren’t potential solutions to the problem – as David suggests, the LEGO Group could introduce an opt-out for users above a certain age, allowing them to save and share their clips.

“This is an easy software update that can fix this issue, so I hope [the LEGO Group] will add that feature, because it’s absolutely necessary,” he explains. “There should absolutely be some kind of opt-out so you can save your full minute-long music video and share them elsewhere.”

For now, you’ll have to make do with the limitations of the LEGO VIDIYO app, which is currently available to download on both Android and iOS. If you want to learn more about LEGO VIDIYO ahead of its launch next month, check out our guide to everything we know so far – including the full range of sets, the current song library and plenty more.