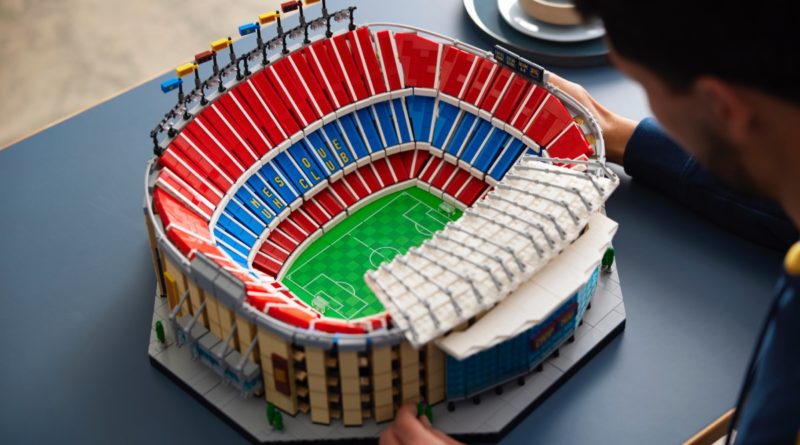 Take a stadium tour around the home of one of the world’s greatest football teams in our complete image gallery of LEGO for Adults 10284 Camp Nou – FC Barcelona.

One of only three clubs never to have been relegated from Spain’s top flight La Liga, and the only European football club to have played continental games every season since 1955, FC Barcelona is far and away one of the sport’s most successful teams.

In 2009, it was the first Spanish club to win a treble (La Liga, the Copa del Rey and the UEFA Champions League) and sextuple (including the Supercopa de España, UEFA Super Cup and the FIFA Club World Cup), and six years later became the first club across all of Europe to win two trebles.

That’s a lot of history packed into a single set in 10284 Camp Nou – FC Barcelona, which has just launched at LEGO.com and in LEGO Stores. Browse through the gallery below for a closer look at the LEGO Group’s second football stadium, following 2020’s 10272 Old Trafford – Manchester United.

Click here to learn more about the details behind 10284 Camp Nou – FC Barcelona and hear from set designer Rok Zgalin Kobe, then check out our verdict on the 5,509-piece set in our detailed review.