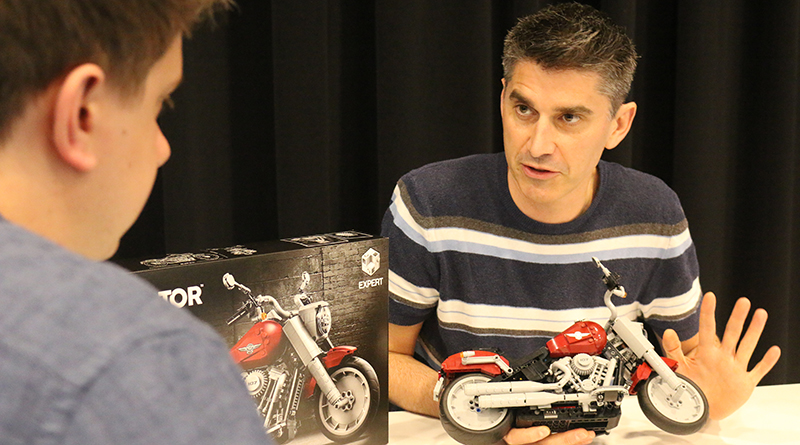 Jamie Berard is full of surprises when we meet him at the LEGO House in Billund, Denmark. The LEGO Creator Expert Design Manager has brought a box of goodies with him from his workspace in Innovation House – the place where the products are developed by the talented team of brick building experts.

In this exclusive interview, Jamie talks Brick Fanatics through 10269 Harley-Davidson Fat Boy, which will be available exclusively at shop.LEGO.com from July 17.

Why did you choose the Fay Bot?

We chose the Harley-Davidson Fat Boy because it is one of the most iconic, well known motorcyles out there. For the Harley brand, this is their icon. It has been around since the Terminator 2 days, it is still there and is actually very similar in many ways to the original. So we have chosen the 2018 version because it has some really cool details that we were drawn to.

What details can you highlight in this model?

We made a new wheel rim element for the bike and we made a new tyre as well, this is a Fat Boy so we made the fattest, widest, LEGO motorcycle tyre ever. Mike Psiaki, when he was asking for this rim to be designed he made it so we snap two of them side by side, that’s what we are using for the back rim. So you actually get three rims in this set in order to make the whole model and then we have a tyre that can fit over them.

It has these little cylinders on the inside, a lot of nice details. The engine is built out, so you actually get a sense that you are building a motorcycle, and then it gets placed inside the frame. The same with the fuel tank, you build the fuel tank then you snap it on.

We want to make sure it doesn’t become too abstract as a shape, because otherwise there is a lot going on in here and you can maybe get a little bit lost. But we did try to keep it down on the Technic, you can see, well maybe you can’t, but it’s quite an interesting geometry coming up and connecting back into a rigid frame but something very fun to build if you are not into motorcyles you might still be interested in how it comes together.

Harley worked with us quite closely on this, their designer Casey Ketterhagen has kids, he is a LEGO fan and he wanted to get this just right in a good way. He was trying to give suggestions on how we could do stuff, but it also meant little things like when he asked for the motorcycle’s length to change, it just meant that all of this triangulation changed. It was important to do and I ended up figuring out how to do it, but it reminded me how everything is so interconnected. 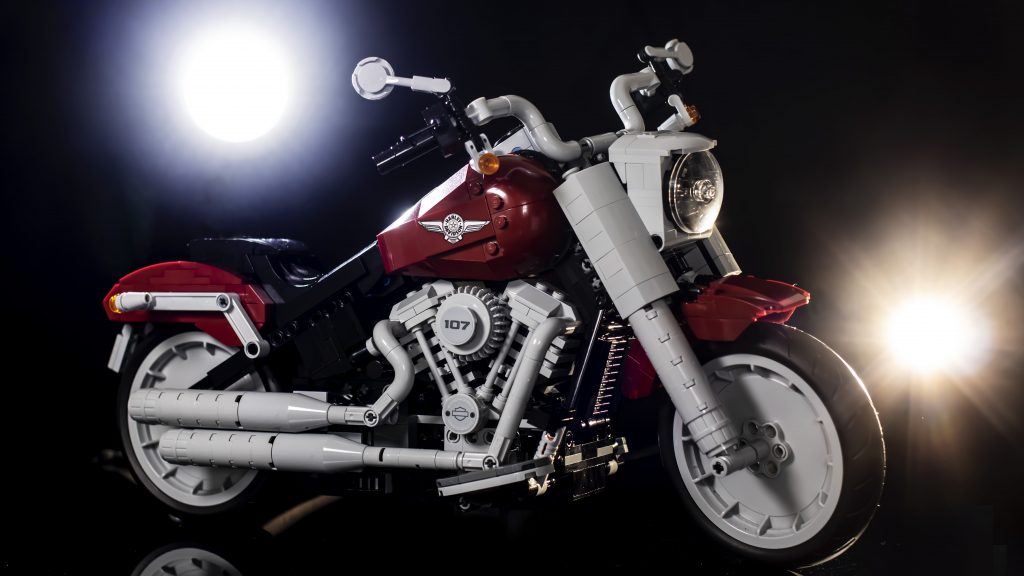